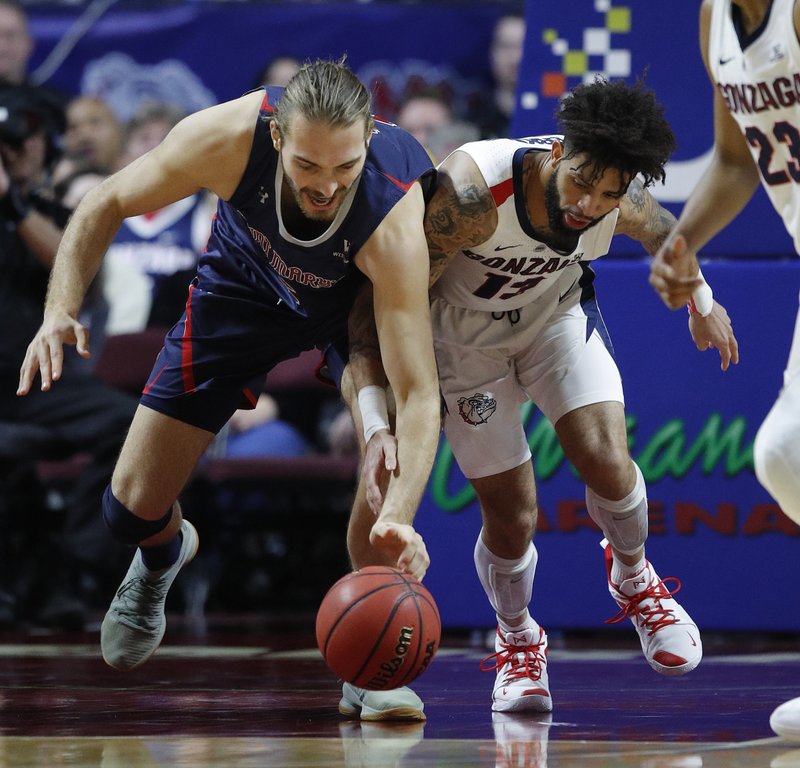 Any room to maneuver on the NCAA Tournament's bubble has probably become a little tighter.

Saint Mary's upset No. 1 Gonzaga 60-47 on Tuesday night in the West Coast Conference championship game to earn an automatic bid into the Big Dance and shake up the bracket. The surprising win was bad news for teams such as Belmont, UNC Greensboro, Alabama and Ohio State, who are fighting for the same shrinking pool of at-large bids in the 68-team field.

The Gaels (22-11, 11-5 WCC) had an outside shot at earning an invitation to the NCAA Tournament even if they had lost to Gonzaga, but now there's no doubt that the WCC is a two-bid league.

Saint Mary's has been a quality program for several years, but the win was a stunner considering the Gaels had already lost to the Zags twice this season, including one game by 48 points.

Gonzaga (30-3) had won 21 straight games before Tuesday's loss and now its shot at earning a No. 1 seed in the NCAA Tournament could be in jeopardy. The Bulldogs also had their run of six straight WCC Tournament titles snapped.

If Saint Mary's plays defense like it did against Gonzaga, it has a chance to pull off an upset or two in the NCAA Tournament. The Gaels held the nation's highest-scoring team to just 47 and forced the Zags into 2-of-17 shooting from 3-point range.

Besides Saint Mary's big win, it was a quiet Tuesday for most bubble teams. That's going to change on Wednesday, when several conference tournaments, including the ACC and Big 12, have potentially make-or-break games.

Here's a look at the rising and falling fortunes of some bubble teams, as well as upcoming big games:

Temple: The Owls (23-8, 13-5 AAC) have played some of their best basketball over the past few weeks, winning six of seven heading into their first game in the AAC Tournament on Friday. Temple closed the regular season with a quality victory over Central Florida.

Syracuse: The Orange (19-12, 10-8 ACC) will play Pittsburgh on Wednesday in the ACC Tournament and if they can take care of business, would win their 20th game and be in good position to earn a bid.

Creighton: The Bluejays (18-13, 9-9 Big East) are still squarely on the bubble, but their five-game winning streak to close the regular season -- including a win at Marquette -- means they have plenty to play for this week. Their first game against Xavier on Thursday will be a tough one.

UNC Greensboro: The Spartans (28-6, 15-3 SoCon) are one of several good teams in the Southern Conference, but after losing to Wofford in the tournament final their fate lies in the hands of the selection committee. They've got a pretty good case, but they're No. 58 in the NET rankings and it's going to be long wait until Sunday. The Saint Mary's win doesn't help at all.

Belmont: The Bruins (26-5, 16-2 OVC) are in the same boat as UNC Greensboro, with a resume that's stuck on the bubble after losing to Murray State in the Ohio Valley Conference finals while just about everyone else still has a chance to improve their resume. The good news is Belmont is at No. 45 in the NET ranking, which is higher than many other bubble teams.