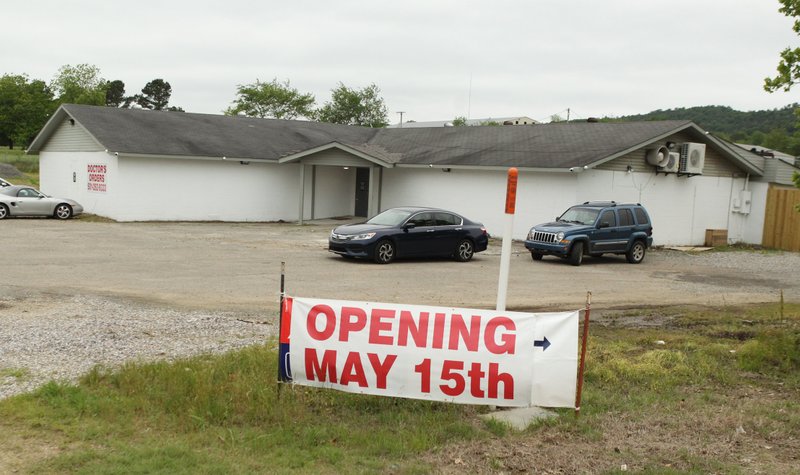 The Sentinel-Record/Richard Rasmussen FIRST OF ITS KIND: Doctor’s Orders RX medical marijuana dispensary at 4897 Malvern Ave. opened Friday and made the state’s first lawful sale of the drug.

The state’s first medical marijuana sale was transacted in Garland County Friday night, a spokesman for the dispensary making the sale said.

Bailey Moll of JPJ Consulting said the initial sale occurred after 6 p.m. at Doctor’s Orders RX in the 4800 block of Malvern Avenue. It and Green Springs Medical at 309 Seneca St. are the only dispensaries among 32 statewide the state has approved to open. The latter hopes to make its first sale Monday morning.

Friday’s sale seemed unlikely after Doctor’s Orders had difficulty installing state-mandated software that tracks inventory and sales to ensure compliance with the per-patient limit of 2.5 ounces per 14 days.

“Doctor’s Orders RX has successfully resolved all software problems,” President Don Sears said in a news release. “As a result, we were able to sell medical marijuana to an Arkansan with a physician-issued medical marijuana card.”

Moll and Sears said processing new patients will take time, as their information has to be logged into the tracking software during initial transactions. Doctor’s Orders will reopen at 8 a.m. today.

“We expect long lines and apologize for any inconvenience,” Sears said in the release. “However, at this time, processing schedules are unpredictable and out of our control. But we are thrilled to finally be able to provide Arkansans with the prescriptions they have waited more than two years to fill.”

Green Springs President Dragan Vicentic said his dispensary, the only one licensed to operate inside the city limits of Hot Springs, is scheduled to open Monday morning. The state’s Alcoholic Beverage Control Division gave it the go-ahead after a final inspection Thursday. Doctor’s Orders got approval May 3.