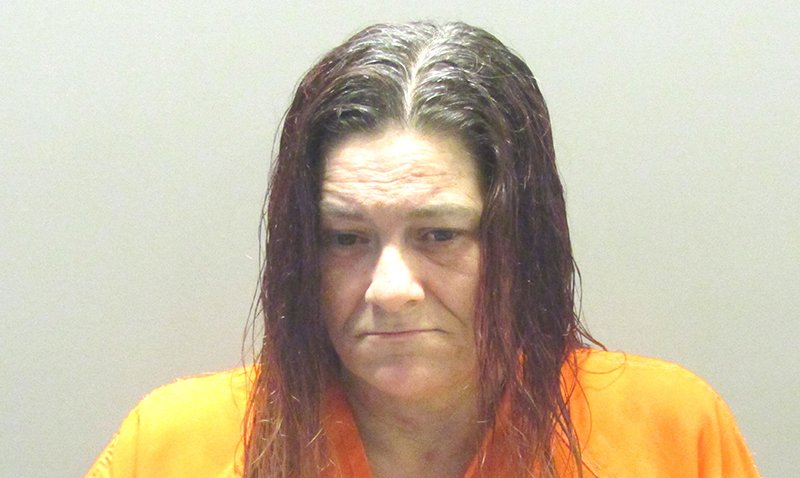 A Hot Springs woman was arrested early Tuesday on a felony battery charge after allegedly attacking a pregnant woman, kicking her repeatedly in the stomach and punching her in the face.

Kimberly Joanne McCubbin, 46, who lists a Phillips Street address, was taken into custody shortly after 4 a.m. and charged with first-degree battery, a felony punishable by up to life in prison.

McCubbin was being held on zero bond and is set to appear today in Garland County District Court.

According to the probable cause affidavit, around 4 a.m. Tuesday, Garland County sheriff's deputies were dispatched to National Park Medical Center regarding a pregnant woman who had been attacked.

The injured woman said her father had brought home a woman from a bar and taken her into his room. She said her father and the woman were getting too loud, so she went into her father's bedroom "to tell them to keep quiet."

She said the woman got out of bed, grabbed her and threw her to the floor, then began punching her in the face, gouging her nose and choking her. At one point the woman got off her and said, "Oh, you're pregnant?" and then began kicking the victim repeatedly in the stomach.

The victim's fiance broke up the fight while the victim's father reportedly "sat and watched," the affidavit said.

The injured woman told deputies she only knew her attacker as "Kim" and wasn't sure if she was still at their residence in the 3100 block of Albert Pike.

Deputies went to the residence to try to locate the woman and when they knocked on the door the victim's father answered. When asked if there was a woman named Kim there he told them she was in the backroom getting dressed.

A woman came out of the bedroom and identified herself as McCubbin. She allegedly made a spontaneous statement admitting that she had kicked, punched and choked the victim repeatedly. She told deputies the victim had been "bleeding profusely" and that the blood "got all over her."

McCubbin said she took photos of herself with the blood all over her. She was taken into custody and her cellphone was seized as evidence.