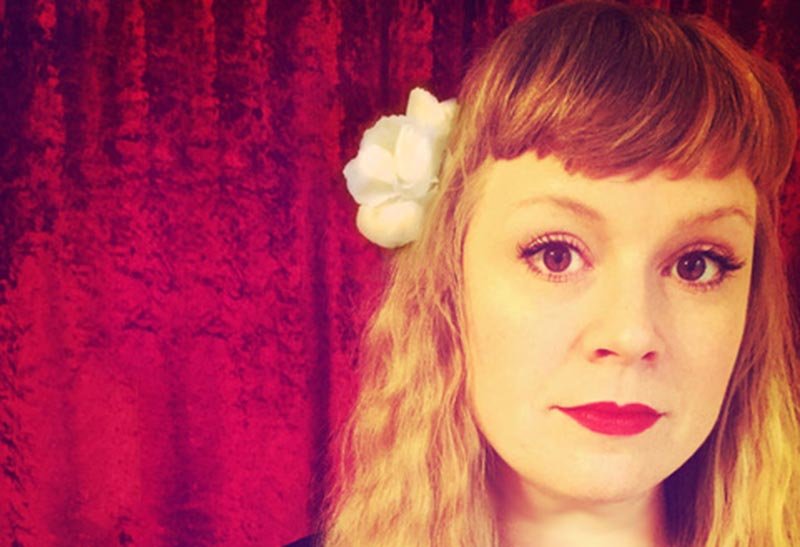 The regular open mic session for all poets will begin at 6:30 p.m. today. Smittle will begin her set at 7 p.m., followed by another round of open mic. Admission is free and open to all ages.

An Ozark Mountain girl, Smittle was born and raised on a chicken farm in Cave Springs. She moved to central Arkansas to earn her degree in Philosophy from Hendrix College and living the city life grew on her. She feels like she is still earning her degree every day.

"I have a lot more philosophical questions now than I do answers," she said in a news release, which makes sense for a philosopher. Smittle has also studied opera everywhere from Arezzo, Italy, as an Oberlin Conservatory Scholar, to New York City to Dallas and feels like she is constantly in a state of learning in that art/discipline, as well.

Smittle has garnered a rather dedicated fan base in central Arkansas as the frontwoman and lead singer of The Smittle Band, an eclectic and jazzy Americana smooth sound made up of her lead vocals and genre-hopping original songs, Wythe Walker on guitar, Ray Wittenberg on drums, and Bill McCumber on bass. Walker will be joining Smittle at WNP. In addition to fronting a band, Smittle has performed the role of Fiordiligi in Mozart's "Cosi fan tutte" with Opera in the Ozarks, the role of Virginia Clinton in Bonnie Montgomery's opera "Billy Blythe," the roles of Queen Anne and Queen Elizabeth Woodville in the premiere of Karen Griebling's "Richard III: A Crown of Roses, A Crown of Thorns," and other stellar operatic roles.

When asked about her poetry, Smittle said, "When I was very young, maybe 7 or 8 years old, I used to write poems on small pieces of paper and tuck them between the wood planks in a dilapidated (and now long demolished) barn on our family farm. I've never told anybody that. I do still love to create things that are momentary and ephemeral and sometimes downright secret.

"I'd love to say that as my poetry has aged since then, it's incorporated some newfound sense of awe or wonder or joy. If I'm honest, though, the most marked change in my work has been the incorporation of my anger. I drive by the Arkansas State Capitol every day. In my day job at The Arkansas Times, I work alongside news reporters who strive to make the legislative process more transparent and visible to Arkansans. That's given me a deeper understanding of how power can work at the local and state levels, and how easy it is for a handful of politicians to chip away at Arkansans' reproductive rights, our clean water, the safety and well-being of our state's trans and queer people, our public education system and equity in our access to health care. That anger has informed my writing in some tangible -- if not always elegant -- ways."

Smittle brings this songwriting, poetry, opera, talent, and truth to the mic, the release said.