Today's Paper Obits Mugshots Sports Classifieds Jobs HER Magazine Crime Contact us Subscribe to our newsletters Activate
ADVERTISEMENT
Mick Jagger has his moves back after health problems by THE ASSOCIATED PRESS | May 16, 2019 at 4:00 a.m. 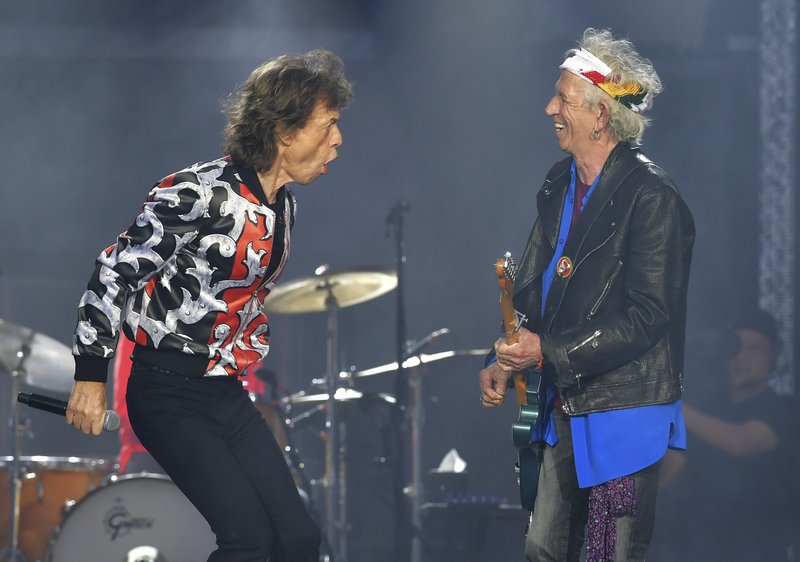 FILE - In this May 25, 2018 file photo, Mick Jagger, left, and Keith Richards, of The Rolling Stones, perform during their No Filter tour in London. The 75-year-old rocker on Wednesday, May 15, 2019 tweeted a video of him dancing around a studio in front of a mirror weeks after he underwent medical treatment, reportedly for a heart valve issue. The treatment forced the postponement of the Rolling Stones' No Filter tour.(Photo by Mark Allan/Invision/AP, File)

Mick Jagger has his moves back after health problems

The 75-year-old rocker tweeted a video Wednesday of him dancing around a studio in front of a mirror weeks after he underwent medical treatment, reportedly for a heart valve issue. The treatment forced the Rolling Stones to postpone its No Filter tour.

Jagger was told by doctors in late March he could not go on tour "at this time." Jagger tweeted he was "devastated" the band couldn't tour, but said he hoped to be "back on stage as soon I can."

The Stones' No Filter Tour was expected to start April 20 in Miami.

NEW YORK -- "The Big Bang Theory" finale has yet to air and CBS is already back in business with its creator.

The network said Wednesday that its fall lineup will include a new sitcom from Chuck Lorre that stars Billy Gardell, who co-starred in "Mike & Molly."

In the Lorre comedy, titled "Bob Hearts Abishola," Gardell plays a Detroit sock salesman who falls in love with his cardiac nurse, a Nigerian immigrant.

His co-star is Folake Olowofoyeku (fola-ke-olo-wo-foy-e-ku), a Nigerian-born actress who was in "Transparent."

"The Big Bang Theory" ends Thursday on CBS after 12 seasons.

Print Headline: Mick Jagger has his moves back after health problems