Two Hot Springs teens charged with capital murder in the shooting death of a local man in March allegedly planned to rob him during a drug deal, according to documents filed Monday in Garland County Circuit Court. 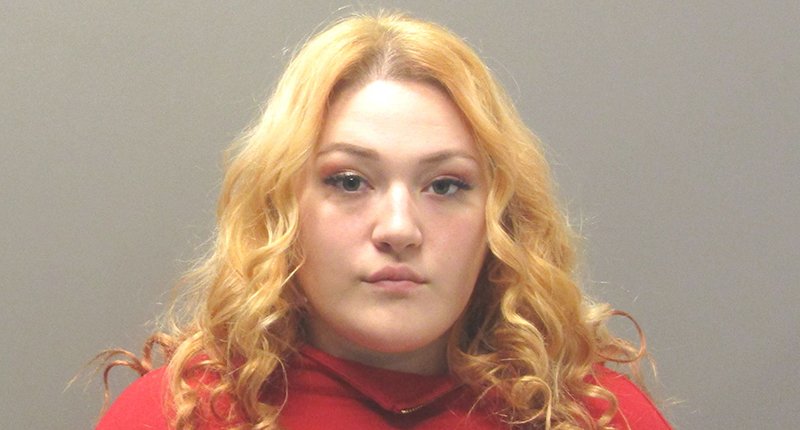 Paskel, who lists a West St. Louis Street address, and Tollefson, who lists a Mossman Street address, both remained in custody Thursday in lieu of $750,000 bond. Both had pleaded not guilty to the charges in Garland County District Court, but the charges were bound over to circuit court Monday. Paskel was initially charged with first-degree murder, punishable by up to life in prison, but the charge was amended to capital murder on March 25.

Hot Springs police had said in a news release it was believed the incident was narcotics-related, but no other information was released. A gag order limiting pretrial publicity in the case was issued in district court and reissued Monday by Judge Marcia Hearnsberger in circuit court, but the probable cause affidavits for both suspects were filed.

According to the affidavit for Paskel, on March 23, shortly before 2:30 a.m., police responded to 241 Autumn St. regarding a possible shooting and arrived to find Jackson on the concrete in front of the apartments in a large pool of blood. He was unresponsive and LifeNet personnel who responded were unable to revive him.

Garland County Coroner Stuart Smedley pronounced Jackson dead around 3 a.m. and an initial examination revealed what appeared to be a gunshot wound to the right side of his neck.

During the investigation, Detective Mark Fallis made contact with a witness, identified as Tollefson, who allegedly told him a male she knew as Booman, whose first name she believed was Laquan, asked her if she could get a half-ounce of marijuana.

She said she called Jackson and he agreed to meet her to sell her the marijuana for $80. She said Booman was going to pay for the marijuana and wanted Jackson to meet him in the 700 block of Spring Street. Tollefson said she went to the location and saw Jackson's gray 2012 Dodge Avenger in the parking lot.

She said she approached the passenger side of Jackson's car and as she was opening the door, Booman and an unknown black male ran up to the driver's side door. She said Booman opened the door, pointed a black handgun, possibly a revolver, at Jackson and shot "four to five times."

Tollefson said Jackson crawled over the passenger seat, exited through the passenger side door and fled on foot headed toward Grand Avenue. Autumn Street, where Jackson was found, runs parallel to Spring Street, one block over.

After Jackson fled, Tollefson said Booman then got into the driver's seat of Jackson's car and pulled her inside through the passenger door. She said Booman then drove to a vacant lot behind Embassy Suites by Hilton Hot Springs Hotel & Spa, 400 Convention Blvd., where he searched through the car and then fled on foot leaving her behind.

During the interview, Tollefson told Fallis that Booman's Facebook name was OMB Booman and Fallis was able to pull up the page. Tollefson confirmed the person on the page was Booman and he was the one who shot Jackson. Asked if Booman had any tattoos, she said he had a red star tattoo on the side of his face near his eye.

Paskel was developed as a suspect based on her description and a photo of him located on Justice Exchange that showed he had a red star tattoo on his face. He also had a Facebook photo showing the same tattoo, the affidavit states. The photo from Justice Exchange was shown to Tollefson and she again confirmed he was the one who shot Jackson.

Tollefson later took detectives to a vacant lot in the 200 block of Spargo Street where Jackson's car was parked.

On March 24, after Paskel was arrested, he was questioned and allegedly admitted he and Tollefson arranged a meeting with Jackson and planned to rob him of his money and marijuana. When Jackson arrived at the meeting place, Paskel said he opened the driver's door, pointed a revolver at Jackson and demanded "everything he had."

Paskel reportedly said Jackson reached for a gun, but Paskel shot him before he could get it. Jackson then fled the scene on foot and Paskel and Tollefson got into Jackson's car and drove away.

According to the affidavit for Tollefson, after her interview with detectives, Jackson's girlfriend sent Fallis an email containing screenshots of the conversation between Tollefson and Jackson. "These messages indicated Tollefson had more of an involvement in the planning and execution of the robbery," it states.

Paskel later corroborated the messages contained in the screenshots that showed Tollefson's involvement, the affidavit states.