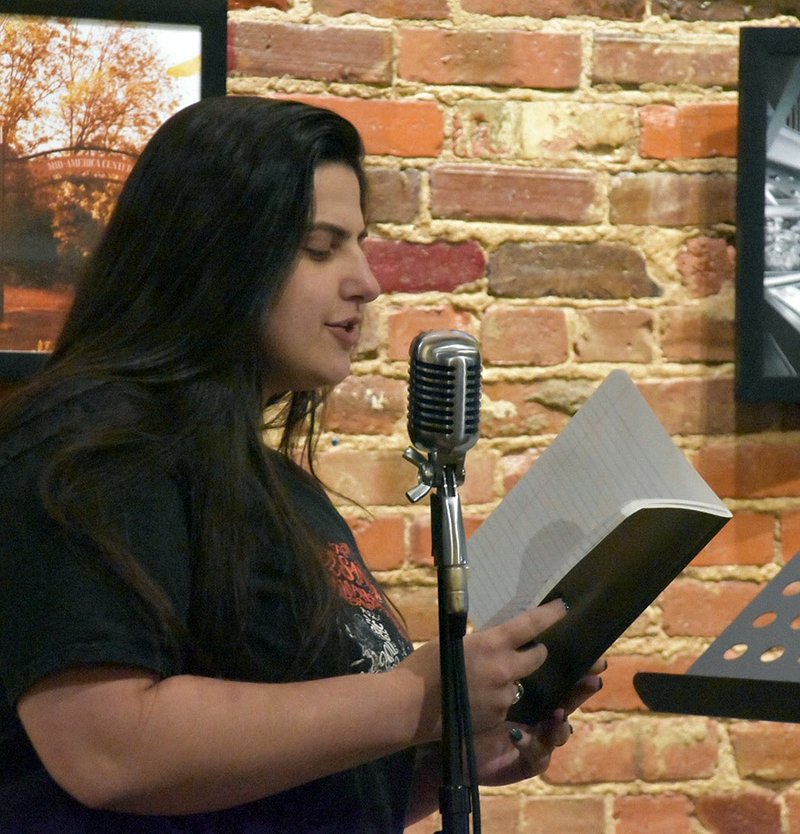 The regular open mic session for all poets will begin at 6:30 p.m. Canfield will begin her feature set at 7:15 p.m., followed by another round of open mic. Admission is free and open to all ages.

After living most of her life on Amelia Island, Fla., Canfield settled in Hot Springs in 2007 to be near family. She attended Lakeside high school until 2011, and now works in insurance claim processing at a car rental company.

"It's a job," Canfield said in a news release. "My passions are writing and raising my son." Canfield is happily engaged. Their son, Toby, will be 10 in January, and is alive "thanks to the staff at the Arkansas Children's Hospital who help him beat cancer in 2018."

Canfield began writing poetry as a preteen, at about 10. "At first, I think it was mostly about getting fed up with my parents," she said. "I find writing to be a successful way to remember things and vent frustrations in a peaceful way. I feel like most people can relate to my poetry."

Canfield originally attended Wednesday Night Poetry as a spectator with no intention of participating as a poet. "Then Karen Hayes volunteered me to be part of 'The Poet Is In' during the Arts & The Park celebration in May 2016," Canfield said. "After that weekend of reading poetry to strangers on the sidewalk, I stepped up to the mic every chance I could get."

"All of a sudden May stopped coming. When we heard about Toby and his cancer, we continuously sent up well wishes and healing thoughts for the little guy at WNP each week. We followed along on Facebook and kept up with May's updates. We held space for her, and we knew that she would be back one day," WNP host Kai Coggin said in the release. "We are so thankful that Toby is cancer-free and proud to have May featuring for us again."

Canfield was first featured in 2016. This week marks 1,606 consecutive Wednesdays of open mic poetry in downtown Hot Springs since Feb. 1, 1989. WNP is said to be the longest-running consecutive weekly poetry series in the country. For more information about WNP or to be considered as a featured poet, email [email protected]