Woman charged in death of daughter 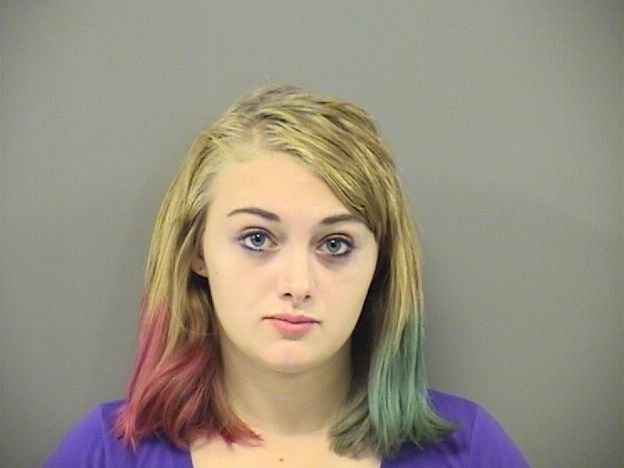 A local woman was arrested Thursday morning on a misdemeanor charge of negligent homicide in the August death of her 9-month-old daughter who was reportedly choked by a child seat buckle.

Summer Rose Kazzee, 22, who lists a Civic Street address, was taken into custody around 11 a.m. on the charge, punishable by up to one year in jail, and was being held on $5,000 bond on the homicide charge. She is set to be arraigned Nov. 18 in Garland County District Court although she will likely appear today.

Kazzee was also being held on a zero bond parole hold stemming from her conviction for first-degree endangering the welfare of a minor on Jan. 24, 2018, after a two-day trial where she was sentenced to three years in prison, but later paroled, for allowing her newborn son to starve while under her care in 2016.

According to the probable cause affidavit on her arrest Thursday, on Aug. 17, shortly before 5:30 p.m., Hot Springs police responded to a residence on Synder Street regarding an unresponsive child. Hot Springs Fire Department personnel were already on scene performing CPR on the 9-month-old toddler and continued the CPR "well after LifeNet arrived."

The child was loaded into an ambulance and transported to National Park Medical Center where she was pronounced dead a short time later.

Detective Mark Fallis spoke with Kazzee, the child's mother, at the hospital and she said she had tried to put her twins, including the victim, down for a nap by placing them on a bed in a rear bedroom. Her daughter would not lie down and kept getting off the bed so she put her in her old car seat on the floor next to the bed to get her to take a nap.

Kazzee said she strapped the top and bottom straps and her daughter was "rocking herself to sleep." She said she left the bedroom, pulled the door shut and went to the living room at the front of the house. The affidavit notes the living room was "a considerable distance from the living room" with another bedroom in between.

She said it was 3 p.m. when she put her child in the car seat and she could hear her in the room rocking. She went back to check on her at 4:30 p.m. and she was still rocking and "even clapping her hands." At 5 p.m., she didn't hear her child anymore so she "jumped off the couch" and ran back to the room.

She said she found her lying unresponsive in the car seat with "the thing in her throat," explaining she meant the seat's top buckle. She said she took her outside and called for help and LifeNet arrived moments later.

Detectives processed the scene at the house and noted the car seat involved was a Baby Trends rear-facing infant car seat which had both buckles unbuckled and a blanket inside the seat.

Fallis said he confronted Kazzee about the "unlikeliness of (her child) being able to unbuckle the bottom buckle" and she allegedly admitted she "may not have buckled it all the way." She said the car seat was one her child had used as an infant and she used it that day because the child's normal car seat was left with her father and it was the only one she had.

After further investigation, a warrant was issued for Kazzee on Monday. A gag order limiting pretrial publicity in the case was also issued Monday by Garland County Circuit Court Judge John Homer Wright.