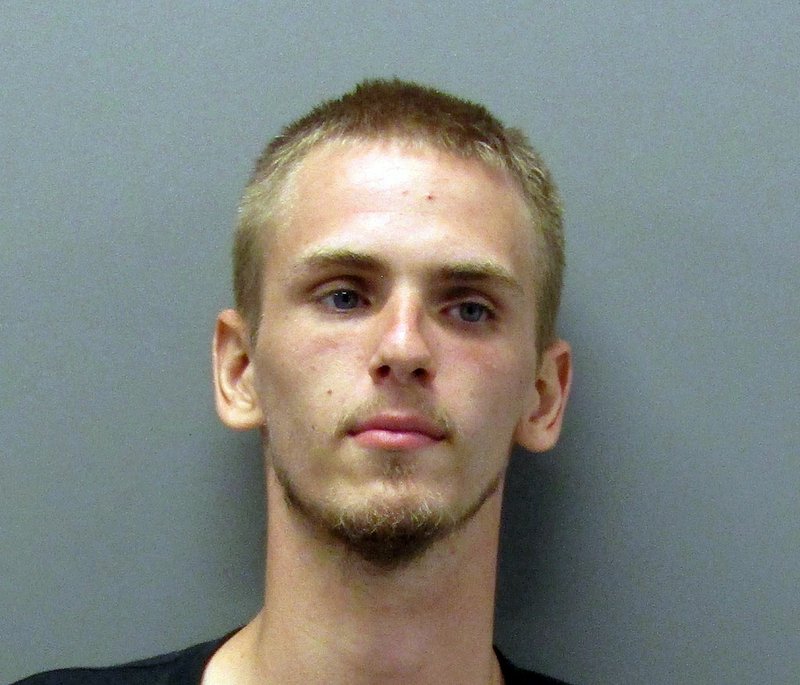 A reportedly homeless man still in custody for allegedly stealing a bicycle in September and previously convicted of destroying a hay barn on Broadway Street was charged Thursday for not properly registering as a sex offender.

Lane Anthony Brown, 23, who has remained in custody since his arrest Sept. 18 on a felony theft of property charge, was served shortly before 2 p.m. Thursday with a felony warrant for failure to comply with sex offender registration and reporting requirements, punishable by up to 10 years in prison, and was set to appear Friday in Garland County District Court.

According to the probable cause affidavit, Brown, an unassessed registered sex offender, came to the Hot Springs Police Department on Aug. 23 to verify his necessary information to be in compliance with registration and reporting requirements.

He completed his verification paperwork and listed his address as a recovery house at 1724 Hobson Ave.

When Brown was arrested in September, along with two other suspects, for allegedly stealing a bicycle valued at over $3,000 from outside a local restaurant, he told the arresting officers he was homeless.

The affidavit notes Brown failed to update his address change within five days as required by the law. On Nov. 1, Detective Brian Branstetter spoke to the coordinator at the recovery house on Hobson and learned Lane had reportedly violated house rules and was made to move in August.

Brown had pleaded not guilty to the theft charge involving the bicycle on Sept. 20 in district court and the case was later bound over to Garland County Circuit Court.

Brown had previously pleaded guilty on May 9, 2019, to first-degree criminal mischief, amended from an original charge of arson, for destroying a large storage barn at 439 Broadway St., belonging to Williams Brothers Feed Store, which contained 4,000 bales of hay and equipment, with damages estimated between $350,000 and $400,000.

He was sentenced to 10 years in prison, with the entire sentence suspended, and also sentenced to one year in jail for a misdemeanor count of criminal mischief. He was given credit for time served since his arrest the day of the fire on Nov. 27, 2017, so he was released that same day.

The guilty plea followed an aborted trial in circuit court after a question came up during cross examination of Brown about his conviction in Texas on a sexual abuse charge that Judge John Homer Wright had previously ruled as inadmissible.

A 14-year-old boy arrested along with Brown in connection with the fire had testified he was the one who actually started the fire, but said Brown "put him up to it and had given him the lighter" used to ignite the fire, Terri Harris, Brown's attorney, told The Sentinel-Record.