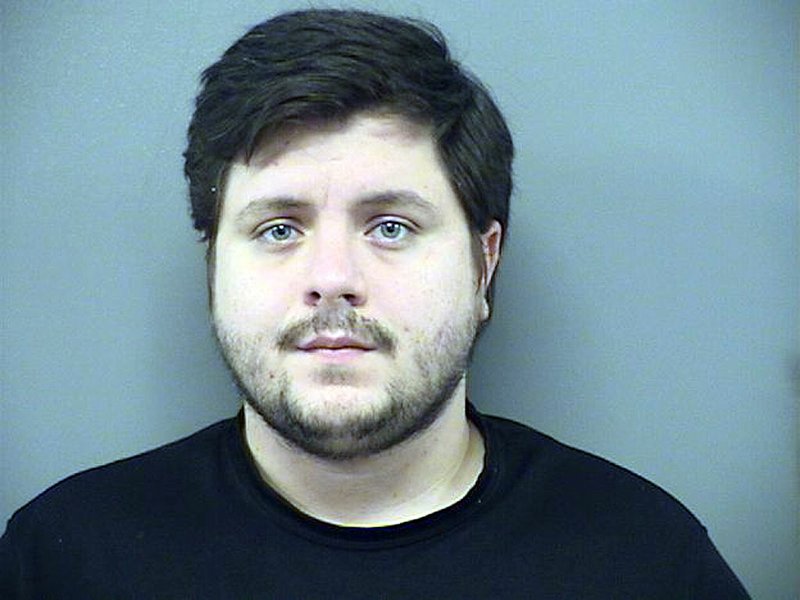 A Hot Springs man was arrested Thursday morning on a felony endangerment charge stemming from injuries sustained by his 1-month-old daughter last month after he allegedly fell on her while intoxicated.

Donald Drew-Patrick Sullivan, 24, who lists a Woodlawn Street address, was taken into custody at 10 a.m. and charged with first-degree endangering the welfare of a minor, punishable by up to six years in prison.

Sullivan was later released on $10,000 bond and is set to appear Nov. 19 in Garland County District Court.

According to the probable cause affidavit, on Oct. 15, around 8:45 p.m., Hot Springs police responded to National Park Medical Center, 1910 Malvern Ave., in reference to suspected child abuse and spoke to the mother and father, identified as Sullivan, of a 1-month-old girl who had been transferred to Arkansas Children's Hospital in Little Rock due to a fractured femur.

Sullivan reportedly told doctors and officers initially that the baby had fallen off the bed and sustained her injuries. The doctors said the femur fracture shown in the X-ray would be "near impossible" to occur from a fall.

Later, Sullivan allegedly changed his story and told police he was changing his daughter's diaper on a changing table and left to throw the diaper away. When he returned, he discovered she had fallen on the floor.

"After realizing that story was not possible," Sullivan then changed his story a third time and said he fell on top of the victim, pinning her between himself and a small wooden staircase when he fell, the affidavit states.

On Oct. 17, around 2:45 p.m., Sullivan voluntarily came to the police department to speak to Detective Hunter Scott further about the incident and, after being read his rights, allegedly admitted to being intoxicated and falling on top of his daughter.

He said he drank several alcoholic beverages to the point he was intoxicated, knowing he was the only caretaker for his daughter at that time. He allegedly admitted to picking her up from her car seat, standing up, and then losing his balance, falling on top of her and pinning her between himself and the wooden staircase inside his house.