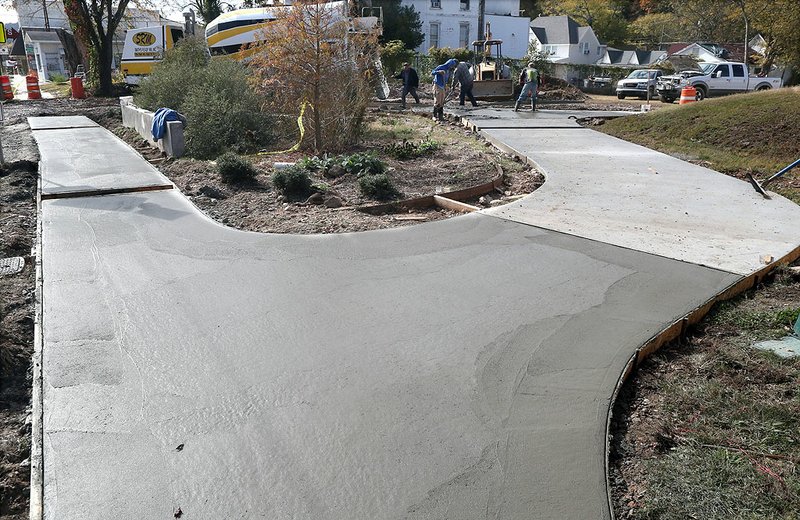 Sidewalks, a performance stage and retaining wall for the Hot Springs Creek Park Avenue tributary traversing the park are part of the second phase of construction. The site is named in honor of Hot Springs' former city manager who died in 2015. It's scheduled to open next year.