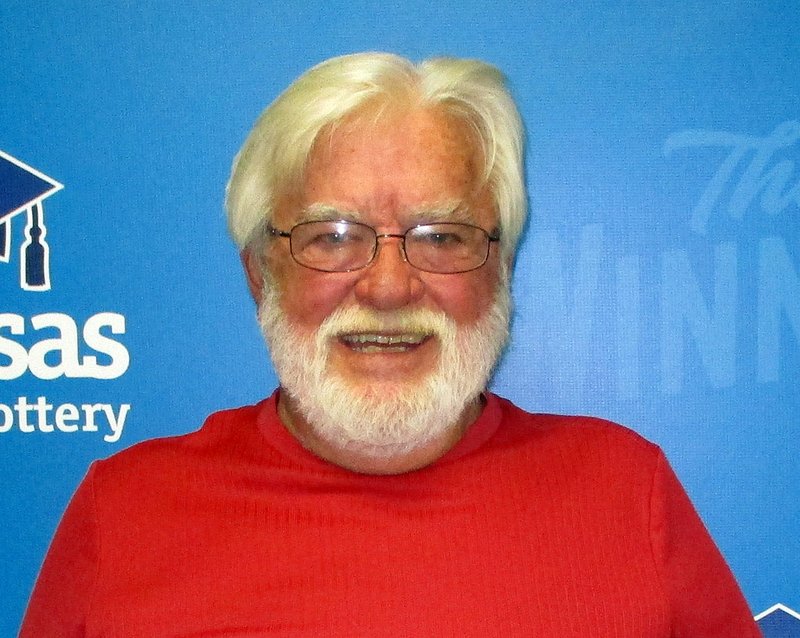 Stephen Turpen says he had to look at the winning numbers on his 200X Payout scratch-off ticket about six times before completely understanding he had won a half-million-dollar prize, the release said.

Turpen purchased the ticket Saturday while buying gas at the Valero/Corner Store located at 3371 Highway 7 north.

"Then I scratched off a comma and more zeros. I was elated. I was very happy. But I didn't jump up and down or anything," Turpen said in the news release. "I'm just not that kind of guy. I walked back into the store and had the clerk scan the ticket. I signed it. Then I took it home and put it in the safe."

Turpen claimed the prize at the Arkansas Scholarship Lottery Claim Center in Little Rock on Monday.

"Turpen is no stranger to that particular gas station. He says he and several of his other veteran friends have been having coffee together every morning at that Valero since the store was robbed six years ago," the release said.

"It was early one morning, and the older woman who worked there was scared to death," Turpen said. "We're just a group of local guys who have coffee together and try to keep the place a little safer. No one is gonna mess with a group of veterans."

Turpen says he's been a lottery player all his life, primarily playing in Florida when he lived there, but he's never won an amount this big. He said he plans to pay off a little debt and put the rest in savings. But he says his life won't change too much.

"I may buy a three-wheeler bike," he said. "but it's up to momma," a reference to his wife.