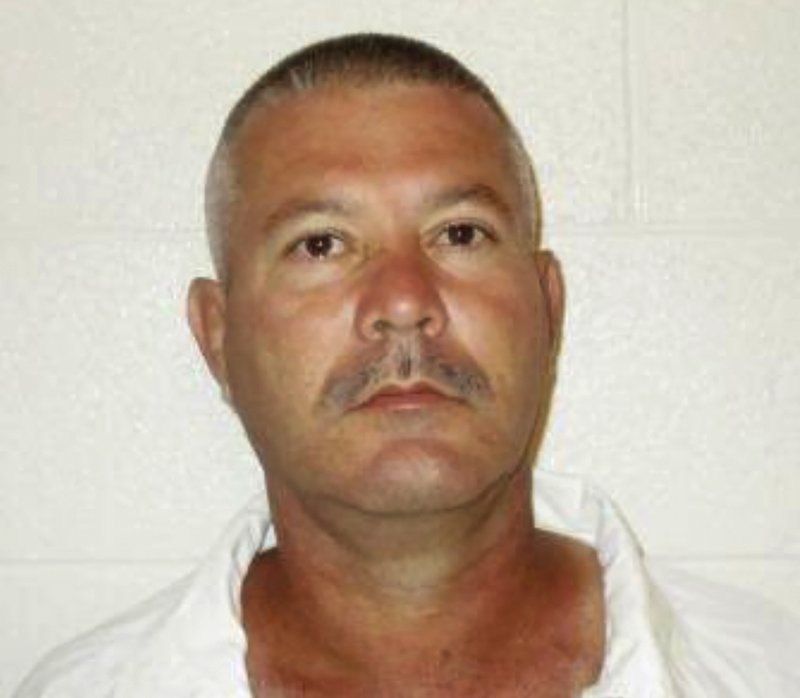 BRICKEYS -- A convicted killer who baffled Arkansas prison officials by seemingly vanishing was found Tuesday hiding underneath a large ventilation hood on the prison roof.

Authorities had suspected that inmate Calvin Adams didn't make it past the electric fence surrounding the East Arkansas Regional Unit in Brickeys, about 110 miles east of Little Rock, according to Arkansas Department of Corrections spokeswoman Dina Tyler. The fence can't be cut, is deadly if touched and has concrete at its base to prevent anyone from digging under it, she said.

Surveillance video showed Adams in the prison's boiler room at 12:15 a.m. Monday and he was missing during a unit check a few hours later. For more than a day, Adams' whereabouts were a mystery.

"He can't fly and we don't believe the aliens plucked him out. So where is he?" Tyler said Tuesday shortly before authorities discovered Adams' hiding place.

Tyler later said Adams managed to climb onto the roof but was stranded because there was nowhere else to go. She said he was in good health and will be moved to a maximum security area at the 1,650-inmate prison.

The getaway was not Adams' first escape from custody. Ten years ago, he and another inmate walked out of the Cummins Unit, about 90 miles southeast of Little Rock, wearing guard uniforms and drove away in a car that was left for them in the prison's parking lot. They were arrested in New York state four days later.

Adams was convicted of capital murder in 1995 in the kidnapping and shooting death of 25-year-old Richard Austin the previous year.