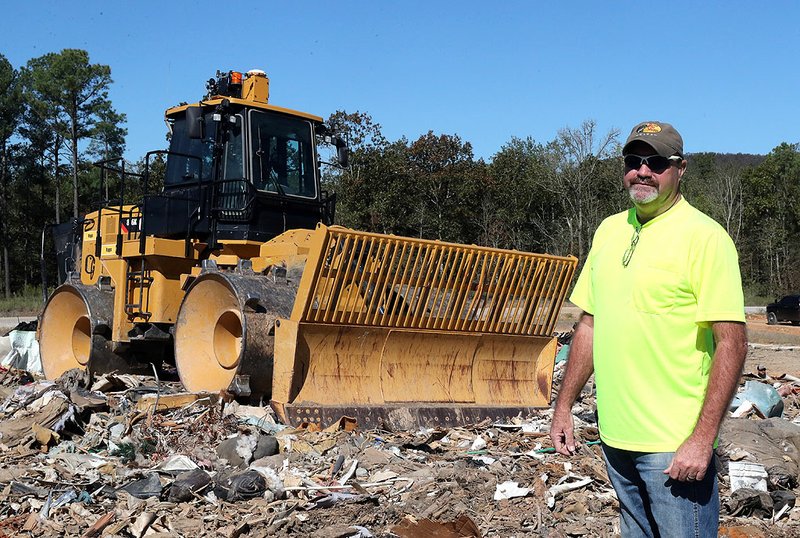 Billy Sawyer, standing in front of a compactor at the Cedar Glades Landfill Tuesday, will be the new director of the county's environmental services department starting next week. He's been the assistant director since 2015. - Photo by Richard Rasmussen of The Sentinel-Record

Justices of the peace approved new job titles for six positions in the county's environmental services department Monday as part of a reorganization and change in leadership.

Sawyer has been with the department for 12 years, serving as assistant director since 2015.

Mahoney said the assistant director position will not be funded in 2020, creating personnel savings that can be applied to salary increases associated with the supervisory status the six positions were granted. Seven percent raises tied to the new titles total more than $15,000, including an almost $3,000 raise for the controller position that JPs approved a higher salary rating for Monday night.

Mahoney said the six employees with new titles have been in supervisory roles for several months.

"It's actually a positive cash flow for the landfill," Mahoney told JPs. "Doing this is less of an expense than having an assistant director." 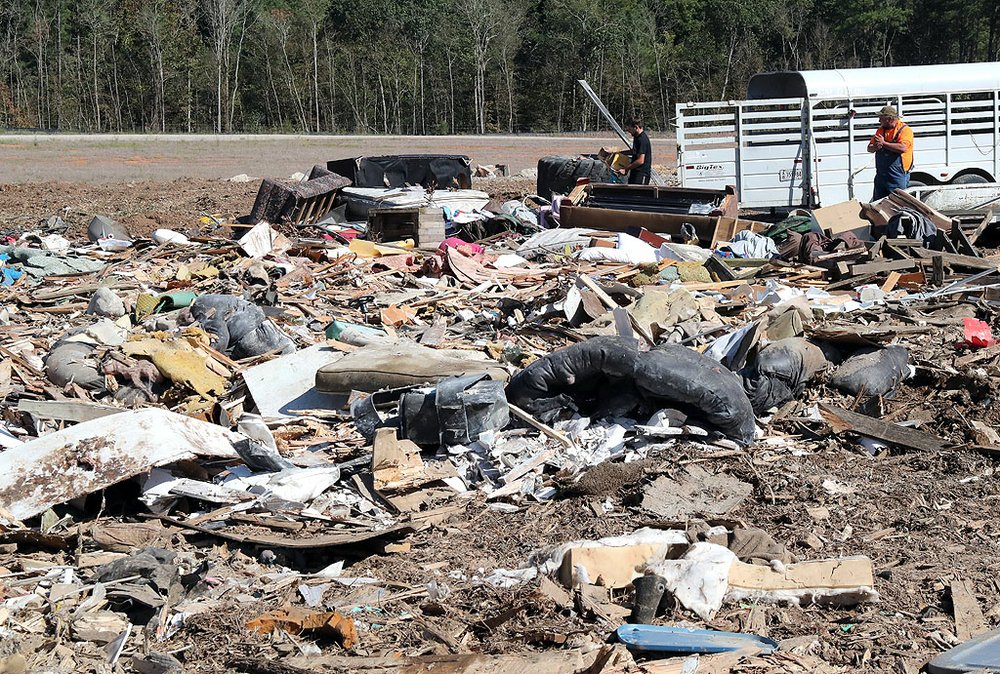 Sawyer will oversee a more than $10 million budget and more than 30 employees. In addition to collecting and burying construction and demolition debris, appliances and furniture and other bulky items as part of the Class 4 license for which the county's Cedar Glades Landfill is permitted, environmental services also hauls the county's degradable waste to a Saline County landfill.

The county's landfill is not permitted for degradable waste.

In accordance with its waste disposal agreement with Republic Services Inc., the county began hauling household garbage to the Class 1 Saline County Regional Solid Waste Facility in Bauxite at the first of the month. Household garbage went to the Two Pines Landfill in North Little Rock and Jefferson County landfill under the agreement with Waste Management of Arkansas that expired in September.

Sawyer said the shorter distance is saving time, money and wear and tear on transport trucks that make eight trips a day to Saline County.

The Finance Committee advanced to the full quorum court a $3 increase in the county's Class 1 hauling fee Monday night, raising the $34 per ton rate to $37. Mahoney said the increase will help offset higher tipping fees the county is paying under the new waste disposal agreement, which established a $19.25 per ton rate compared to $17.49 under the previous agreement.

He said the increase will mostly affect Hot Springs Village and Mountain Pine, both of which contract the county to haul their Class 1 waste.

One contractor will assume responsibility for residential garbage collection in all three of the county's sanitation zones in January. Three contractors collect waste from the more than 20,000 residential trash carts in unincorporated Garland County under contracts that expire in January.

Town & Country Sanitation Inc. of Hot Springs was awarded a contract for all three zones in July. It will charge the county a monthly rate of $9.45 per cart, according to the terms of the seven-year contract. Annual adjustments will be made based on the Consumer Price Index.

The county pays its three current haulers, including Town & Country, which has had the Zone 1 contract since the county began residential collection, $10.47 on average, according to information provided by the county.