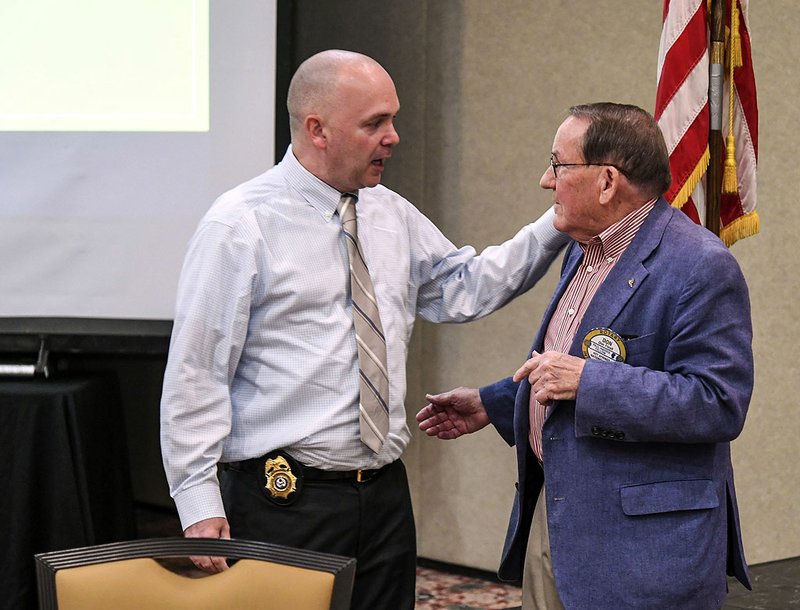 Many businesses licensed to grow and sell medical marijuana in Arkansas have yet to open, creating a supply shortage, the man charged with regulating the state's newest industry said, which prices some patients out of the legitimate market.

DFA said nine of the 32 dispensaries licensed statewide were operating as of last week, including Green Springs Medical LLC and Doctor's Orders RX in Garland County. They were the first to open and have sold almost 700 of the 1,730 pounds in reported sales through Oct. 3.

Because the medical marijuana amendment voters passed in 2016 gave the state no pricing oversight, DFA has said market forces determine the cost. Boyce said the imbalance in supply and demand owes to only three of five licensed cultivation facilities being in operation.

He said grow operations in Cotton Plant, White Hall and Berryville have been unable to create market equilibrium for the 24,114 people the state Department of Health said it had issued patient cards to through last week.

"We want them to be up and running. That's one of the reasons the prices for medical marijuana are so high. We don't want that. We need to get everybody open so we can get the prices down."

Boyce said getting more dispensaries online should also help. They are operating in central, east, north and northwest Arkansas after locations opened in Bentonville in August and Fayetteville last month. A south Arkansas location has yet to open.

"We were getting calls from members of the media asking, 'Why aren't you letting everybody open? Why are you just letting two open in Hot Springs?'," Boyce said. "My answer to that is we don't have any control over it. I don't know why more haven't opened. That's another thing affecting the prices. We have to get those prices down.

"The two that opened in Hot Springs were the first, and it's been very profitable to be the first ones open."

ABC found numerous violations at the two local dispensaries when they were inspected in July, leading to thousands of dollars in fines and tighter oversight. Boyce said compliance issues aren't limited to Garland County.

"It's a young market," he said. "We're trying to give them a little bit of space, but not too much space, to get up and running. For the most part everyone is trying and doing a good job with it. When we come in and cite them it helps them get in line and understand the seriousness of it. We generally don't have a lot of problems out of them once we get the problems corrected."