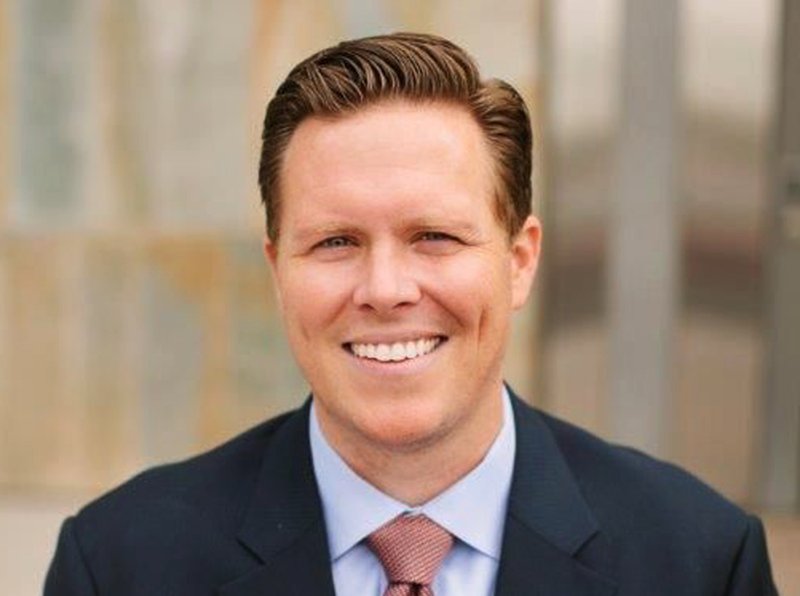 This undated photo provided by the Maricopa County Assessor's Office shows Assessor Paul Petersen. Petersen has been indicted in an adoption fraud case, accused of arranging for dozens of pregnant women from the Marshall Islands to come to the U.S. to give their children up for adoption. Utah also has charged him on multiple felony counts, including human smuggling, sale of a child and communications fraud. (Maricopa County Assessor's Office via AP)

PHOENIX -- An Arizona elected official has been charged with human smuggling in an adoption fraud scheme that brought dozens of pregnant women from the Marshall Islands to the U.S. to give up their children for adoption, court records show.

Maricopa County Assessor Paul Petersen was charged in Arkansas, Utah and Arizona with counts including human smuggling, sale of a child, fraud, forgery and conspiracy to commit money laundering.

The charges span about three years and involve some 75 adoptions. The adoptions won't be undone because the adoptive parents are considered victims along with the women, authorities said.

"The commoditization of children is simply evil," Reyes said.

Petersen's attorney, Matthew Long, defended his client's actions during a Tuesday court hearing in Phoenix as "proper business practices" and said they disagreed with the allegations.

Long also disputed the cash bond of $500,000, saying his client had strong ties to his hometown of Mesa, Arizona, and was not a flight risk. Long said Petersen has known for weeks that he's been under investigation.

Petersen served a two-year mission in the Marshall Islands for The Church of Jesus Christ of Latter-day Saints, Reyes said. He was later recruited by an international adoption agency while in law school because of his fluency in Marshallese, according to a 2013 Phoenix Business Journal story.

Prosecutors say Petersen used associates based in the Marshall Islands to recruit pregnant women by offering many of them $10,000 each to give up their babies for adoption in the U.S. Petersen would pay for the women to travel to the U.S. days or months before giving birth and live in a home that he owned until delivering the baby, according to the court records.

The pregnant women were often crammed in the homes, according to authorities. One adoptive family visited a Utah home where they saw 15 pregnant women sleeping on mattresses on a bare floor in what they described as a "baby mill," according to charging documents.

It wasn't uncommon to find a dozen Marshallese mothers on the verge of giving birth in one house in northwest Arkansas, said Duane Kees, the U.S. attorney for the western district of Arkansas.

"Many of these mothers described their ordeal as being treated like property," Kees said at a news conference Wednesday. "Make no mistake: this case is the purest form of human trafficking."

After giving birth, the women would then be flown back to the Marshall Islands or to another U.S. state, most commonly Arkansas, which has one the largest concentrations of Marshallese immigrants in the U.S., authorities said.

Petersen charged $25,000-$40,000 per adoption and brought in about $2.7 million into a bank account he gave families for adoption fees in less than two years, according to Utah court documents.

The Utah investigation started with a call to a human-trafficking tip line in October 2017. Staff at several hospitals in the Salt Lake City area who would eventually report an "influx" of women from the Marshall Islands giving birth and putting their babies up for adoption.

The mothers were accompanied by the same woman, who told one social worker that she goes to the Marshall Islands to "find pregnant women to adopt their babies out."

Authorities allege the scheme defrauded Arizona's Medicaid system of $800,000 because the women had no intention of remaining in the state when they applied for coverage.

Under a compact between the United States and the Republic of the Marshall Islands, Marshallese citizens can enter the U.S. and work without a visa, unless they're traveling for the purpose of adoption, according to authorities.

Petersen has faced troubles with his adoption practices in the past. An Arizona juvenile court judge in 2016 denied a couple's request to adopt a child born to a Marshallese woman because he feared the arrangement set up by Petersen had violated Marshallese law. A court of appeals reversed the decision, saying no Marshallese approval was necessary.

Arizona Attorney General Mark Brnovich said adoptive parents who went through Petersen's agency have nothing to worry about.

"No one's going to go back and redo adoptions or any of that kind of stuff," Brnovich said.