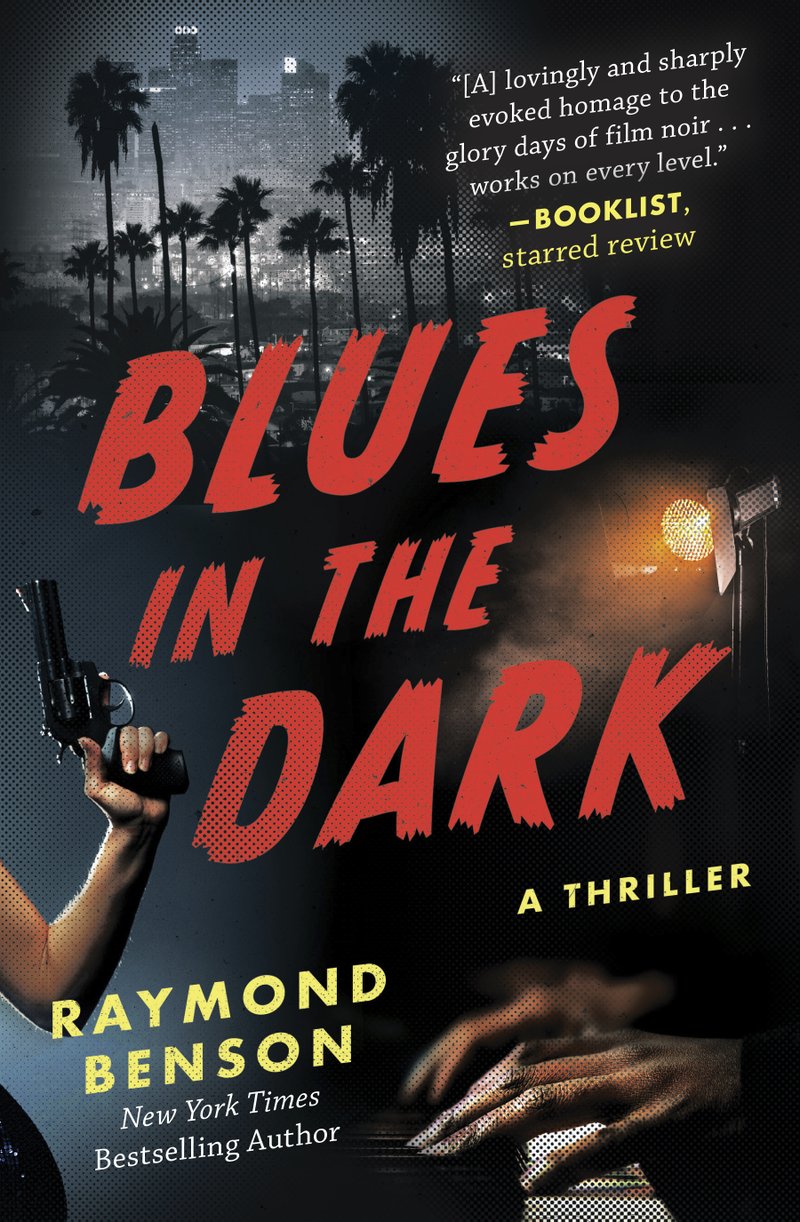 This cover image released by Arcade Books shows "Blues in the Dark" by Raymond Benson. (Arcade via AP)

A movie producer who moves to Los Angeles and stumbles upon a story sparks Raymond Benson's look at a turbulent Hollywood of the 1940s with ramifications in the present in "Blues in the Dark."

Karissa Glover has just arrived in Los Angeles when she learns of a can't-miss deal on an old mansion that hasn't been lived in since the murder of movie starlet Blair Kendrick in the late 1940s. She barely moves in when she realizes that Kendrick's story needs to be told, so she works with her producing partner to create a film telling the world about this femme fatale who has largely been forgotten.

The chapters alternate between Glover following the path of Kendrick's life when she arrived in Hollywood and the finished film taking the reader into the 1940s. Benson outlines a world of prejudice where women who wanted to become stars were expected to sleep with producers and movie studio executives.

Kendrick wanted to see her name in lights, and when she's offered a lucrative contract, she thinks she's made it. When she falls in love with jazz musician Hank Marley, she quickly learns that interracial relationships aren't met by others with fondness.

The shifting perspective that contrasts Glover's quest and the resistance she meets to find out what happened to Kendrick with Kendrick's desire to make films and love the man she wants is compelling and heartbreaking. Benson has crafted a noir film inside the pages of a book and the cast of characters in the present and past come vividly to life. He also makes the reader question what is morally just in the midst of a well-written crime drama.

Print Headline: 'Blues in the Dark' is compelling crime novel