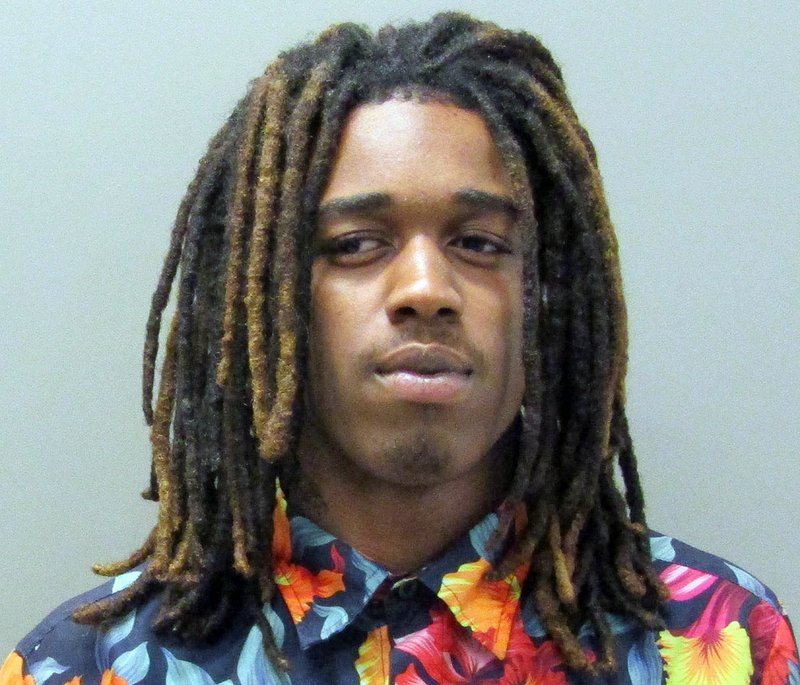 A local felon set to stand trial next month on felony gun and drug charges was arrested again late Tuesday on felony and misdemeanor charges involving a gun and drugs after briefly fleeing from Hot Springs police.

Jaquez Damian Walker Jones, 22, who lists an Arkridge Street address, was taken into custody in the 300 block of Wade Street shortly before 11 p.m. and charged with a felony count of possession of a firearm by certain persons, punishable by up to 20 years in prison, and misdemeanor counts of possession of a controlled substance, marijuana, possession of drug paraphernalia and fleeing on foot.

Jones was being held on a $7,500 bond and was set to appear Wednesday in Garland County District Court.

According to the probable cause affidavit, around 10:30 p.m. Tuesday, Officer Richard Davis was patrolling in Wade Street Park when he saw a white 2017 Chevrolet Cruze parked in a disabled parking spot after park closing hours and noted it did not have a disabled placard.

He made contact with the female driver, 24, and the passenger, identified as Jones, and asked both to get out so officers could conduct a K-9 sniff around the vehicle. Davis noticed Jones holding the left side of his jacket, so he asked him to move to the rear of the vehicle. As Jones reached the back of the car, he suddenly fled on foot down Montreal Street toward Potter Street.

Davis chased him and was able to apprehend him near the corner of Potter and Perry streets after deploying his Taser, causing Jones to fall to the ground.

In searching the Cruze, officers located a backpack on the front passenger floorboard that contained a glass bong with burn marks and residue and a rubber container that Jones allegedly admitted contained THC oil. Also in the backpack were two fully loaded 9-mm magazines, but no gun.

The driver reportedly told police Jones had a black handgun earlier when she picked him up around 7 p.m., noting he had pulled it out of his backpack "bragging about it." She said he began unloading it and put it back in the backpack when he saw officers approaching the car.

Sgt. Allen Constant and his K-9 partner began a search of the area and located a black Glock 9-mm in the woods near where Jones had fled. Jones allegedly admitted everything in the backpack belonged to him.

A computer check showed Jones was convicted Oct. 20, 2016, in Indianapolis on a felony charge of armed robbery. He was also arrested March 17, 2019, in a traffic stop in Hot Springs and charged with felony counts of possession of a firearm by certain persons, possession of drug paraphernalia, first-degree forgery and possession of a controlled substance, cocaine.

He had pleaded not guilty to the charges on June 3 and is set to stand trial Nov. 19 in Garland County Circuit Court.