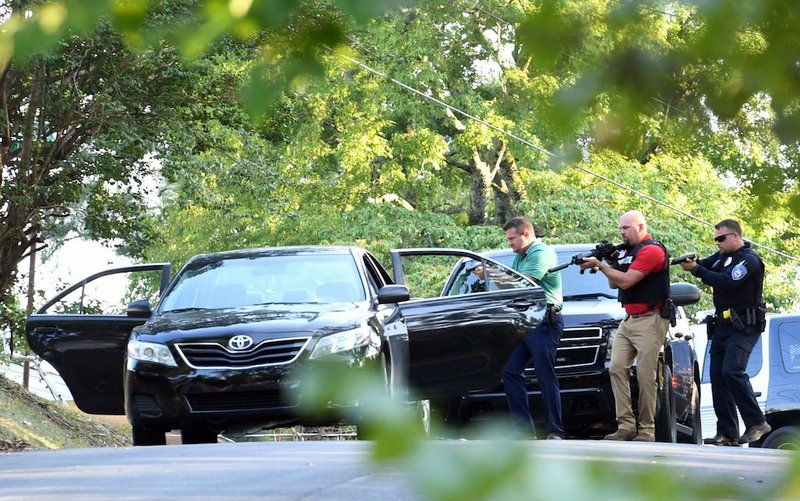 Hot Springs police officers approach a black Toyota Camry following a shooting on Sept. 10 in the 400 block of Audubon Street. - Photo by Grace Brown of The Sentinel-Record

One of two teen suspects sought on multiple felony charges in connection with a shootout last month, which allegedly followed a drug deal that became an attempted robbery, turned himself in to Hot Springs police Wednesday.

Young turned himself in at the police department around 2 p.m. Wednesday, Cpl. Joey Williams said, noting that the 16-year-old was still being sought as of late Wednesday afternoon.

"Do not approach him. If you know the whereabouts of the juvenile involved, please call 911 immediately," a release said.

The Sentinel-Record follows The Associated Press privacy policies and does not publish the names of juvenile offenders unless they are charged as adults. 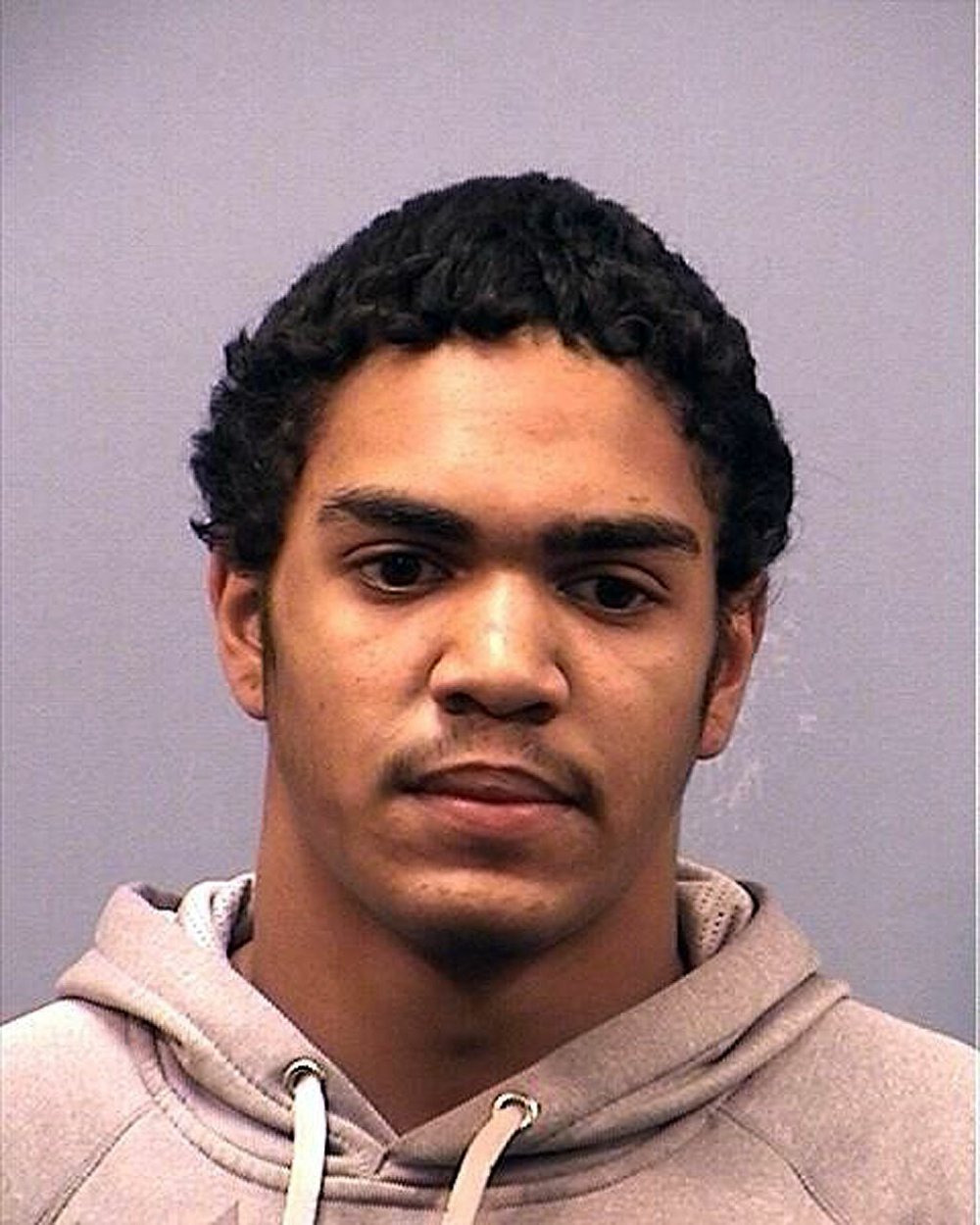 According to the probable cause affidavits filed against both suspects Sept. 26 in Garland County Circuit Court, on Sept. 10, shortly after 5 p.m., HSPD Detective Brian Branstetter responded to the 400 block of Audubon Street for a shooting that had occurred in the street in front of a residence.

A male victim in the black car was reportedly hit by the gunfire and injured and taken to CHI St. Vincent Hot Springs. Detectives were leaving Audubon to go to the hospital to talk to him when they saw a black Toyota Camry with bullet holes in the windshield and front end damage turning onto Emory Street from Higdon Ferry.

Detectives Branstetter and John Hammons stopped the vehicle and made contact with three occupants, one male and two females, and noted there was "a large amount of blood" on the front passenger seat and several bullet holes in the left front side of the hood and windshield.

The male occupant, 22, reportedly told police he had been driving the car earlier during the confrontation. He said he and the shooting victim, 18, who had been riding in the front seat, had met up with a Latino female in a parking lot in the 100 block of Crawford Street for a drug sale.

He said the female got in the back seat behind him. A short time later she opened the back door as a red car pulled up beside them and a black male got out, reached through the passenger side door and pointed a silver handgun at him.

He said the male told him to give him all his money, but instead he put his car in drive and sped across the parking lot to Audubon Street where he stopped and told the female in the back seat to "get the (expletive) out! You almost got us killed!"

He said at that point the red car pulled up in front of his car, front bumper to front bumper, and a black male got out on the passenger side of the car, pointed a handgun at him and began firing. The driver said he grabbed his passenger and pushed him down to get him out of the way of the gunfire.

Once the shots ceased, he said he reached under his seat, grabbed his black M&P .22-caliber handgun, loaded a clip into it and fired six to seven shots at the red car as it was "speeding away backwards" from the scene.

Hammons and Branstetter went to CHI and spoke to the shooting victim who had been hit in the left shoulder. He reportedly told them that earlier that day he had "a little bit of marijuana" and had arranged to meet the Latino female on Snapchat to sell her some of it.

He said they met with her on Crawford and she got in the back seat and asked to smell the marijuana. At that point, the red car pulled up. He told police he knew who the occupants of the red car were because he had since been contacted by a couple of people who "told him for sure who they were."

He said he had not had any previous dealings with them but heard "they just rob people." He said one of them put a gun to the back of his friend's head and demanded all their money. He said his friend drove off and they were going to drop the female off and that he told her if she still gave him the money he would give her the marijuana.

He said they stopped to let her out and the red car "came around the corner" and met them head-on. He said the front passenger got out and began shooting at them, striking the windshield. He noted the gun looked like a revolver. He said his friend fired back approximately two times because "he didn't have hardly any ammo."

He said when he was hit in the shoulder he went down into the floorboard. He told police he never fired a gun.

The affidavit notes the shooting victim later picked Young and the juvenile out of a photo lineup "with minimal deliberation." On Sept. 20, police located the red car, a Buick, behind a residence on Paulleo Lane. It was noted the car had bullet holes in the front windshield and was missing its right mirror.

The car was found to be registered to someone other than Young or the juvenile resulting in the additional charge for unauthorized use. Warrants for the two suspects were issued on Sept. 27 and a gag order limiting pretrial publicity in the case was issued the same day by Judge Marcia Hearnsberger after the case was filed directly to circuit court.

Print Headline: One of two teens sought in shootout arrested