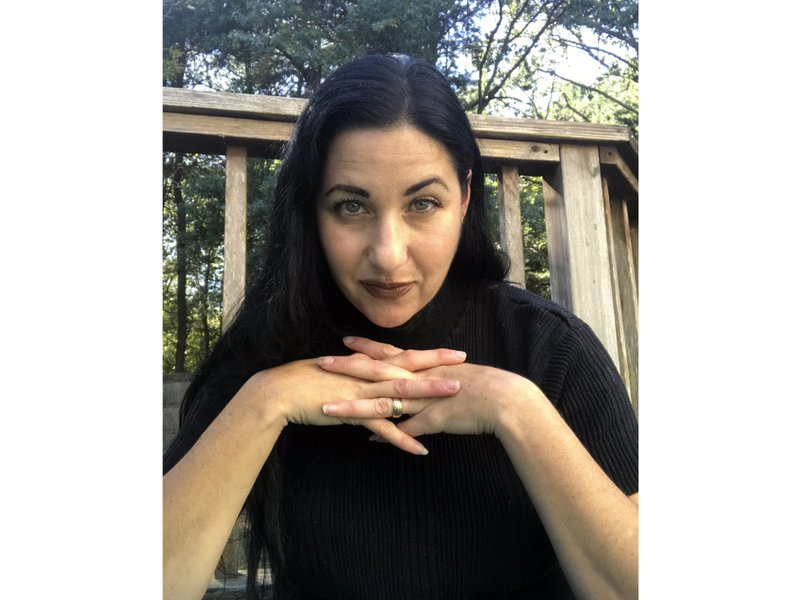 She was about 12 years old and getting ready to go trick-or-treating while her dad typed busily away in his New York City apartment, she recalled. Heading toward her bedroom to get out a favorite costume, a witch's cape, she was stopped short by a holiday-worthy sight.

"My black cape was floating in front of the dresser, and the drawer where I kept the cape was open. I just stood there like, 'What do I do? What am I looking at?'" she said. "I ran away into the living room and I took a deep breath. I didn't go get my father because I knew he would say, 'Go back in and investigate it.' So I bravely went back in and the drawer had been closed. The cape was inside, and I thought I was crazy."

It was a mild encounter with what Holzer speculated was a mischievous spirit, certainly less hair-raising than the goings-on that Hans Holzer, who died in 2009 at age 89, spent decades investigating and some of which are revisited in the new Travel Channel series, "The Holzer Files" (10 p.m. EDT today).

The Whaley House, a historic San Diego home where visitors claimed to have encountered ghostly apparitions and heard disembodied voices, is the subject of this week's episode. Holzer and a medium reported contact in 1961 with the house's late residents and a 19th-century thief said to have been hanged on the site, but he felt more remained to be found.

Enter the series' "dedicated paranormal team," as the channel describes researcher and radio host Dave Schrader, psychic medium Cindy Kaza and technician Shane Pittman, who search for evidence bolstering Holzer's original findings and make their own discovery. The trio is joined on the series by Alexandra Holzer, an author who has continued her father's work, and researcher-producer Gabe Roth.

Take it with a grain of skepticism, or a salt mine's worth, but ghost stories are enduring. Upcoming episodes, which draw on Hans Holzer's case files that include audio tapes, letters and other material, look at places with haunted histories, including the Barnstable House in Cape Cod, Massachusetts, and the Howard-Dickinson house in Henderson, Texas.

Holzer was born in Vienna, Austria, and held post-graduate degrees in comparative religion and parapsychology. He wrote more than 100 books starting with "Ghost Hunter" in 1963 and including "Murder in Amityville." His account of a Long Island, New York, house where a family's 1974 killing was followed by claims of eerie events was the basis for the 1982 film "Amityville II: The Possession."

Holzer scoffed at the movie, dismissing it as "all Hollywood," his daughter said, while he found "Ghostbusters" to be funny and "endearing." Dan Aykroyd who starred in and co-wrote the 1984 comedy, has said he found inspiration for "Ghostbusters" in Holzer's research.

Alexandra Holzer said her father was rigorous in scrutinizing reports of brushes with the dead, whom he considered fellow human beings who are troubled and unable to move on. While he used mediums in his research, he came to believe that psychic gifts are universal.

"What my father had realized over the years is everybody has the ability, everybody is aware and intuitive. It's just a question of whether or not we're open enough and ready to receive that information and have a belief system that something bigger than us is around us 24/7," she said.

She hopes the series introduces her dad to new generations, a feeling she's certain he shares.

"He's very aware of the show ... and I'm sure he's watching very closely to see, hopefully, a good, positive ripple wave to go among those not familiar with the work," she said.