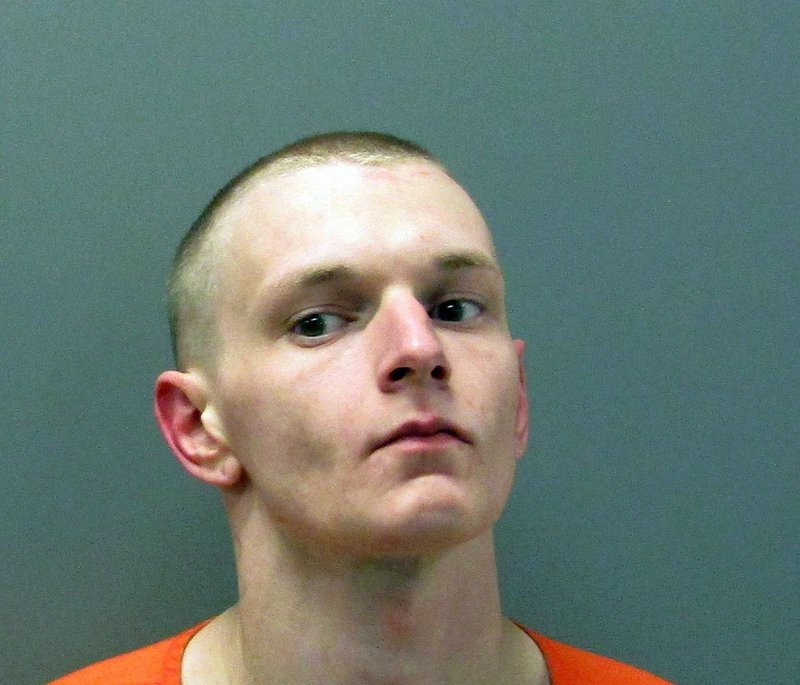 An alleged accomplice in an armed robbery earlier this month was arrested late Wednesday after Hot Springs police featured him on social media earlier that day.

Andrew Jackson Gordon, 23, of 105 Lowery St., Apt. 805, was taken into custody at his residence shortly before 10 p.m. and charged with a felony count of aggravated robbery, punishable by up to life in prison.

Gordon remained in custody Thursday on zero bond and is set to appear today in Garland County District Court.

According to the probable cause affidavit, on Oct. 5, around 10:15 p.m., a local man told police he was robbed at gunpoint near the intersection of Prospect and Quapaw avenues. He said he was walking in the area when a maroon Nissan Altima pulled up beside him and stopped and an unknown black male got out.

He said the male was wearing a green and white bandanna covering his face and held a small handgun by his right side. The male told the victim to "give me everything in your pockets." The victim said he put his hands up and told the male he didn't want to reach into his pockets for fear of being shot.

He said the male then patted him down and took his driver's license, a Walmart prepaid card, a food stamp card, his cellphone, a knife and $225 in cash. While the male was emptying his pockets, the victim said he glanced over at the Altima and recognized the driver as Gordon, whom he knew because Gordon went to school with the victim's wife.

The victim also showed Fallis a Facebook message he had sent to Gordon about the robbery where Gordon allegedly responded by saying he did not do anything but the other guy did. Fallis was able to confirm Gordon's identity by matching the Facebook photos to prior mug shots and Gordon's driver's license photo.

A warrant for Gordon's arrest was issued on Wednesday and he was featured as part of the police department's "Warrant Wednesday" Facebook post, asking for the public's help in locating him.

Gordon had appeared in district court on Sept. 16 and pleaded not guilty to all the charges. The next day, prosecutors filed a motion to withdraw all the charges for further investigation, noting they were waiting on test results from the Arkansas State Crime Lab. Prosecutors have up to one year to refile the charges.