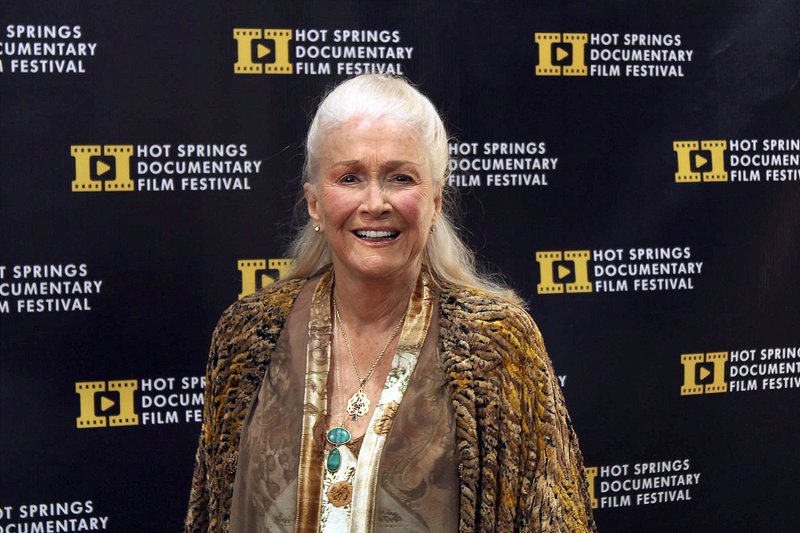 The night also included the announcement of Executive Director Jen Gerber resigning her position to New York native Karina Nagin. Gerber had previously said in an interview with the newspaper's HER Magazine that she planned to step down as the festival's executive director and become the artistic director.

"I’ve loved the HSDFF since I was a kid growing up in Hot Springs and believe strongly in the power of film to build community and drive action on important issues. I couldn’t wait to join the HSDFF family and be part of growing this amazing festival," Nagin said after the opening event.

"Flannery O'Connor's from the South and this was her world ... but there was something about the fact that she resonates still with Southern culture," Bosco said during Friday night's opening festivities at the Arlington Resort Hotel & Spa.

" ... I think it's a deep film, but it's also filled with humor and it's filled with the kind of style Flannery O'Connor's own work is about. So we have an animation series with our stories, we have interviews, we have archival stuff, so I think there's just a little bit for everybody and it comes together very nice, or at least we hope so."

Ladd said she thinks the way volunteers have put the HSDFF on and handled it are "magnificent," and it's her privilege and honor to attend.

"The one thing is to make documentaries and films about our time. I portray saint or sinner, to show who we are," she said. "And with that in mind, if we show it accurately enough, maybe then we can all start to evolve. And if we all start to evolve, maybe this old human race might become humane and kind and loving and we could turn this planet into a paradise."

The festival starts back today at 9:15 a.m. at the Arlington with the showing of "Mike Wallace is Here," directed by Avi Belkin, in Cinema 1.

At noon, "One Child Nation," directed by Jialing Zhang and Nanfu Wang, will be showing in Cinema 1.

At 1:30 p.m. there will be a masterclass in documentary filmmaking in the Magnolia Room.

At 3 p.m., "Circus of Books," directed by Rachel Mason, will be showing in Cinema 2.

At 4 p.m. there will be a panel discussion on "Filming in High Risk Situations, Politics and More" in the Magnolia Room.

At 7:30 p.m. "Raise Hell: The Life and Time of Molly Ivins," directed by Janice Engel, will be showing in Cinema 1.

At 7:45 p.m., "Wild Honey," directed by Farhad Akhmetov and Ava Porter, will be showing in Cinema 2.

Ending the night, "Politics and Poker: A Speakeasy Party" will be at 9 p.m. at the Gangster Museum of America.

Tickets can be purchased at http://www.hsdfi.org.