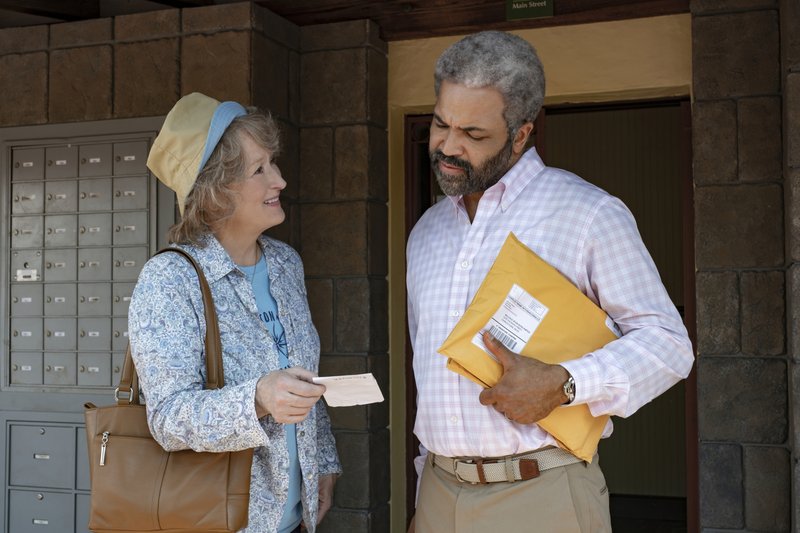 FILE - This image released by Netflix shows Meryl Streep, left, and Jeffrey Wright in a scene from &quot;The Laundromat.&quot; Netflix has released &#x201c;The Laundromat,&#x201d; a movie based on the so-called Panama Papers, despite an attempt by two lawyers to stop the streaming premiere. (Claudette Barius/Netflix via AP, File)

NEW HAVEN, Conn. -- Netflix has released a movie based on the so-called Panama Papers despite an attempt by two lawyers to stop the streaming premiere.

"The Laundromat," starring Gary Oldman, Antonio Banderas and Meryl Streep, debuted Friday on Netflix after a limited release in theaters.

Two Panamanian lawyers, Jürgen Mossack and Ramón Fonseca, sued Netflix in federal court in Connecticut this week, saying the movie defamed them and could prejudice criminal cases against them. Netflix called the suit a "frivolous legal stunt" aimed at censoring free speech.

The Panama Papers were more than 11 million documents leaked from the two lawyers' firm that shed light on how the rich hide their money.

A judge ruled Thursday that the case shouldn't have been filed in Connecticut and transferred it to the Los Angeles-area federal court district.