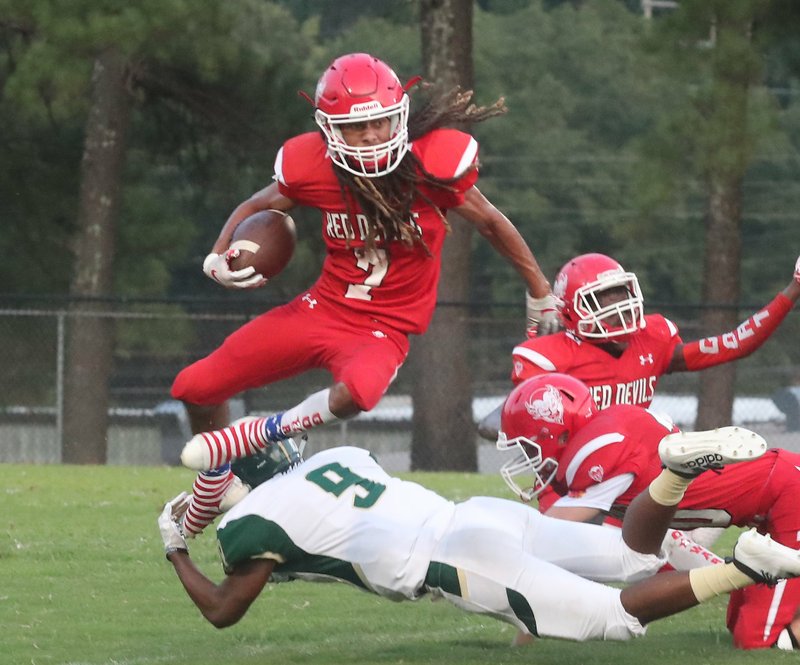 MOUNTAIN PINE — Mineral Springs scored first and never trailed Mountain Pine Friday night, but there was nothing inevitable about the visiting Hornets’ 40-32 victory at Stanley May Field in the Class 2A nonconference opener for both teams.

Helped by Mountain Pine mistakes, Mineral Springs scored 22 points in the first 8:48 of clock time but could not feel secure until the host team turned the ball over on downs at its own 41 with 1:24 left.

“We just dug ourselves too big a hole early putting the ball on the ground and with interceptions,” said Mountain Pine coach Sam Counce.

Senior quarterback Collin Smith kept leading Mountain Pine back, sometimes almost single-handedly. A three-year starter who was named Garland County Offensive Player of the 2018 season by The Sentinel-Record, Smith ran 35 yards for a first quarter-ending touchdown. His fourth-quarter touchdown runs of 4 and 32 yards came after Mineral Springs, despite mounting injuries, kicked it out to 40-16 with 10:21 left. 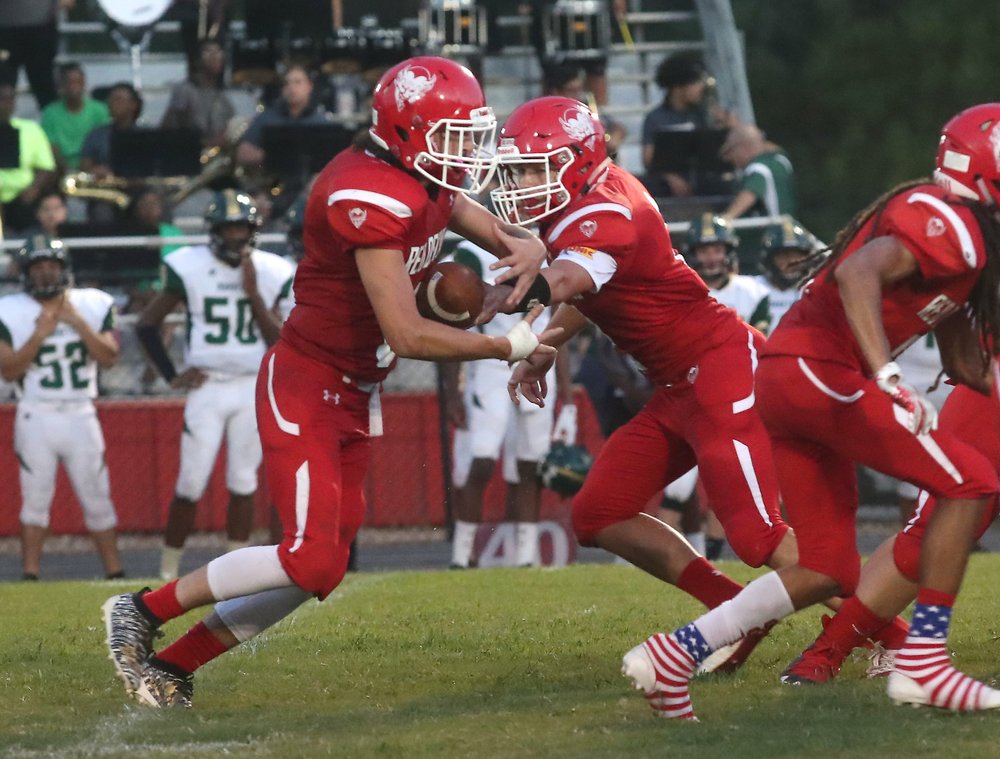 Mountain Pine scratched out one first down and reached its 44 after taking possession with 3:15 left. Smith then threw incomplete under pressure and went twice deep after a costly motion penalty against the Red Devils. Mineral Springs ran off the last 1:24.

Despite losing a quarterback to bruised ribs and a running back to a possible neck stinger, Mineral Springs beat Mountain Pine for the second year in a row. Both teams reached the second round of the state playoffs last year, the Hornets from 2A-7 and the Red Devils from 2A-5.

Mineral Springs’ next game is at Fouke, and the Hornets are home for their conference opener against Mount Ida Sept. 27. Mountain Pine returns to action Friday night against visiting Dierks, getting post-game encouragement from its coach.

“You can carry lessons from this game a long, long way this season,” Counce told his huddled players at midfield. “We’re going to get better; I’m going to get better. A good team doesn’t make the mistakes that we did tonight, and we’re a good team.”

Malvern fullback Malak Asher opened the scoring with a 4-yard touchdown run in the first quarter.

Caradine’s scores came on runs of 27 and 42 yards.

MOUNT IDA — The Rattlers (2-0) scored 33 points in the first half before cooling down in the second against the Lions (0-1).

Magazine junior Tatum Scott scored the first touchdown in the first quarter, before Magazine put up 27 points in the second quarter.

Mount Ida outscored Magazine in the second half, 14-6, on touchdowns in each quarter