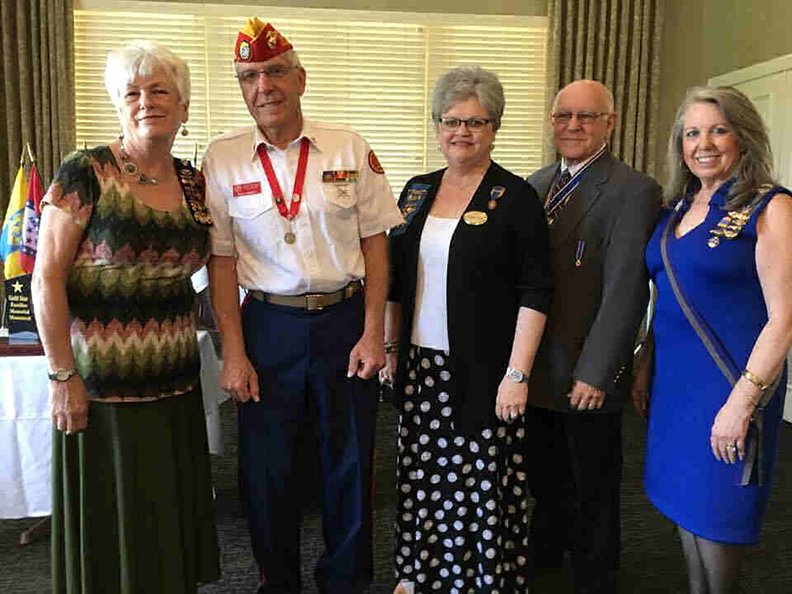 Four lineage societies received a progress report and history of the planned Arkansas Gold Star Families Monument to be erected on the state Capitol grounds recently at their quarterly meeting.

Paul Garrett of the Marine Corps League, co-chair of the Arkansas Gold Star Family Monument Committee, has worked on the project for three and a half years. The project's purpose is to erect a monument to honor the families left behind by the men and women killed in combat.

After hearings with the secretary of state's office and the passage of Act 281 in the 2017 legislative session, a monument was approved to be placed on the grounds of the Capitol. It will be directly in front of the Capitol's west entrance and feature a half-circle plaza measuring 78 feet across and 39 feet deep, with a sculpture like others designed as part of the Hershel Woody Williams Medal of Honor Foundation's monument campaign. It was the first monument approved to be placed beside a state capitol.

"A monument as big and grand as the committee has planned is expensive," a news release said. Garrett said the budget at one point ballooned past $800,000. "The cost has been reduced due to the generosity of Nabholz Construction and their subcontractors who have volunteered their services. In addition to other sizable donations, the committee is selling paver bricks that will be engraved and placed on the walkway surrounding the monument." The cost of a brick is $100.

The monument will be completed and dedicated at 11 a.m. Sept. 28 on the west side of the Capitol. The public is welcome and Gov. Asa Hutchison is scheduled to speak.