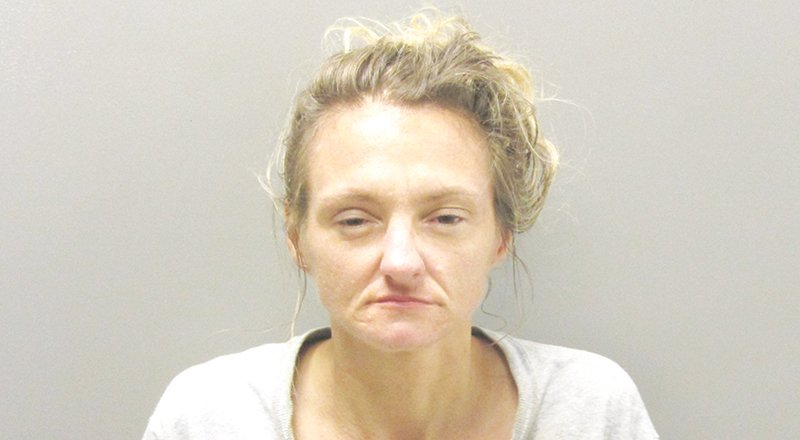 A homeless woman was reportedly arrested driving a stolen vehicle after being followed and blocked in by the vehicle's owner Friday night.

Hollie Shannon Seal, 40, who lists her address as "city streets," was taken into custody shortly before 8 p.m. Friday in the 5500 block of Central Avenue and charged with a felony count of theft by receiving over $5,000, punishable by up to 10 years in prison.

Seal was being held on $5,000 bond and was set to appear Monday in Garland County District Court.

According to reports, around 7:30 p.m. Friday, Garland County sheriff's Deputy Grant Yarbrough was dispatched to the 5500 block of Central regarding the possible recovery of a stolen vehicle.

He arrived to find the female owner, 53, of a white 2014 GMC Sierra truck blocking the truck in with another car. She told him the truck was stolen from her residence Thursday night and she had been driving down Amity Road when she spotted it. She noted a known male she suspected had stolen it was in the passenger seat and it was being driven by a blond woman.

The truck pulled into Harps Food Store, 5536 Central, and the male passenger got out. The owner said she yelled at him, "You stole my truck!" but then the truck left and she followed it to the Corner Liquor, 5506 Central, where she was able to block it in and call the sheriff's department.

The owner noted the female driver went into the liquor store. Deputy Devyn Helms had arrived to assist and went into the store and located a woman matching the description of the driver, identified as Seal, and detained her. He searched through her pockets and allegedly found the keys to the stolen truck so she was taken into custody.