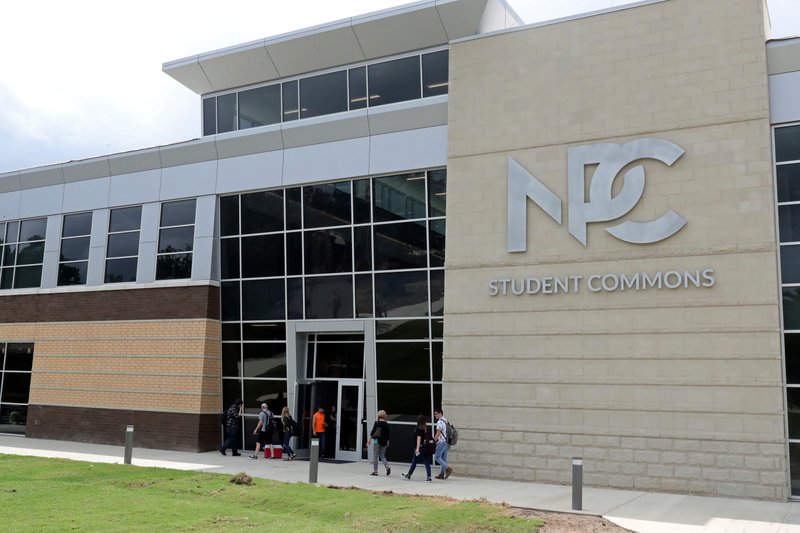 The National Park College campus - File photo by The Sentinel-Record.

Futrell Marine, Xpress Boats and Bradford Marine & ATV have each agreed to provide new boats and motors to be used as teaching tools. The boats and motors are to be returned after serving their purposes during lessons, a news release said.

Delmar Hunter, the college's marine repair technology instructor, estimates the school will receive and return six to 10 boats through the program throughout its first year. He estimated the average value of each boat used to be about $80,000.

The concept for the program came about through "an exploratory committee of industry partners," Hunter said. He credited Rickey Kesterson of Futrell Marine, who was the first to propose the program, as the driving force behind its creation.

Last week, the first boat in the program made its way to campus. Futrell Marine delivered a Mastercraft XT-22 tow boat designed for water sports and Hunter noted such a boat is valued at over $130,000. When it comes to craft such as the Mastercraft XT-22, "it is unrealistic to purchase a boat like this for classroom use," Hunter said in the release.

The partnership allows students the opportunity to work and practice on products they would not have the chance to otherwise due to their high cost. Hunter also said that due to "warranty issues," new boats are difficult for students to get their hands on to practice their repair skills.

"By rotating new boats into the marine program, we will give students a much broader introduction to what they will see after graduation," Hunter said in the release.

NPC currently has 13 students enrolled in its marine repair technology program. Hunter told The Sentinel-Record that for the past years, the "placement rate for graduates who want a job has been 100 percent" and the average annual salary for marine repair technicians is near $38,000.

Hunter previously told the newspaper the difficulty marine tech students face is not finding a job after graduating from the program, but rather in staying in the program to complete the coursework despite offers of immediate employment before graduation.

The program is a symbiotic relationship between the businesses and the school. While students benefit from the wider range of professional experience the program affords, the local businesses have the opportunity to invest in their potential future employees.

"We are definitely anxious to help in any way that we can. It has benefited us already, because we have one of the techs that has graduated here," Paul McDade of Futrell Marine said in the release.

"We are grateful to have local marinas who are willing to invest resources into our program, as well as the leadership of Bill Barnes, owner of Mountain Harbor Resort and Spa, to find ways to help our students be prepared after they graduate. This partnership will enhance our curriculum and give our students more confidence as they enter the workforce," Hunter said in the release.

In April, NPC broke ground on its new Marine Technology building. The 7,500 square foot facility will triple the current size of the program's workspace, and will have four 25-by-60 foot bays.

During the Aug. 28 meeting of NPC's Board of Trustees, Jim Hale, chairman of building and campus development said the building was "probably a little over a month from completion."