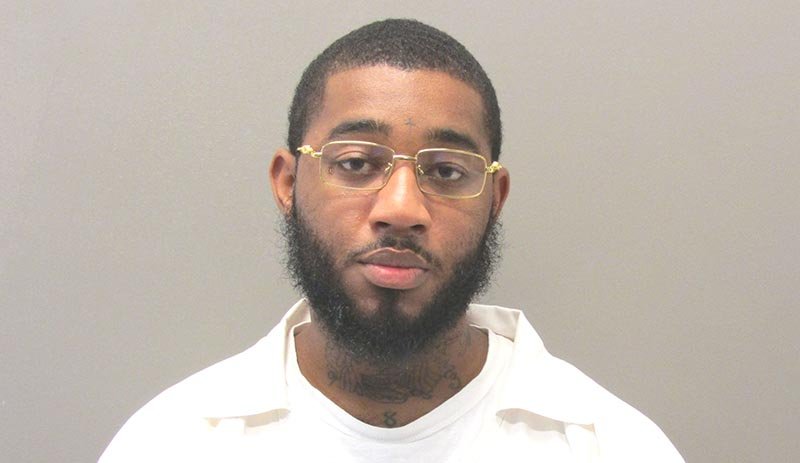 A Hot Springs man was sentenced to 28 years in prison Monday after pleading guilty to second-degree murder for a shooting death in 2017 that stemmed from a drug deal gone bad, a deputy prosecutor said.

Demetrius Tyrell Perry, 22, who has remained in custody since his initial arrest on April 11, 2017, had been charged with first-degree murder, punishable by up to life in prison, but the charge was amended Monday to second-degree murder, punishable by up to 30 years, and Perry agreed to a sentence of 28 years, Deputy Prosecutor Ron Jones said Monday.

The shooting occurred on April 5, 2017, at Third and Garens streets in Hot Springs, resulting in the death of Charles David Hill, 32, in what Jones described as "a marijuana transaction that went bad." Jones said the shooting "involved three different crimes scenes" and it was unclear initially what had happened.

Perry was initially charged with second-degree murder when he was first arrested, but the charge was withdrawn by prosecutors on June 9, 2017, for further investigation. "A lot of evidence got sent to the crime lab and we had to wait on the results," Jones said, noting a new charge of first-degree murder was filed against Perry on June 14, 2018, after they got the results back.

Jones said the decision was made to charge Perry with first-degree murder based on the fact the drug deal involved "a felony amount of marijuana" and their confrontation resulted in the death of Hill.

Perry was set to stand trial on Oct. 22 and Jones noted that "if we had taken it to a jury, you never know what's going to happen," since both the shooter and victim were involved in an illegal drug deal. He said he thought it was a good sentence under the circumstances.

"Some people say drug crimes are victimless, but this is a good example of how there are victims," Jones said.

According to the probable cause affidavit, on April 5, 2017, Hot Springs police officers responded to the intersection of Third and Garens Street around 10:30 p.m. in reference to a man screaming for help and located Hill lying on Garens Street with a single gunshot wound to the left side of his abdomen.

Hill was transported by LifeNet to CHI St. Vincent Hot Springs, where he later died.

About 15 minutes earlier, police had responded to a single-vehicle wreck in the 600 block of Higdon Ferry Road and found an unoccupied white Honda Accord off the roadway with damage to the front end. Officers noted large amounts of blood covering the driver's seat and smeared on the outside of the driver's door. A handgun and spent shell casing were in plain view inside and a felony amount of marijuana was found at the scene.

Witnesses stated they saw a black male wearing bluejeans and a dark shirt exit the driver's seat of the vehicle and flee the scene.

Police were later notified a man with a gunshot wound to his right arm, identified as Perry, had arrived at Baptist Medical Center in Malvern. Perry reportedly told Malvern police he had shot himself while in Hot Springs. It was noted his clothing matched the description of the man who fled the scene of the wreck.

Malvern police said Perry had arrived at the hospital with his sister, 27, who was the registered owner of the wrecked Honda Accord.

HSPD Detective Blake Haynie spoke with Perry at the hospital and he initially stated he was picked up by his sister in the area of Akers Road and taken to the hospital. He later admitted he lied and that she had picked him up at an apartment complex off Higdon Ferry.

He stated he was in Hot Springs and got into an argument with another male, later identified as Hill, over a gun and drugs. He said that during the argument the gun went off, firing a bullet through his arm and into Hill's torso. He also admitted the incident occurred inside his sister's car which he was driving that night.

Perry was previously classified as a habitual offender having been convicted Feb. 8, 2018, in Ouachita County of possession of meth or cocaine with purpose to deliver and possession of a scheduled I or II controlled substance and sentenced to six years in prison.