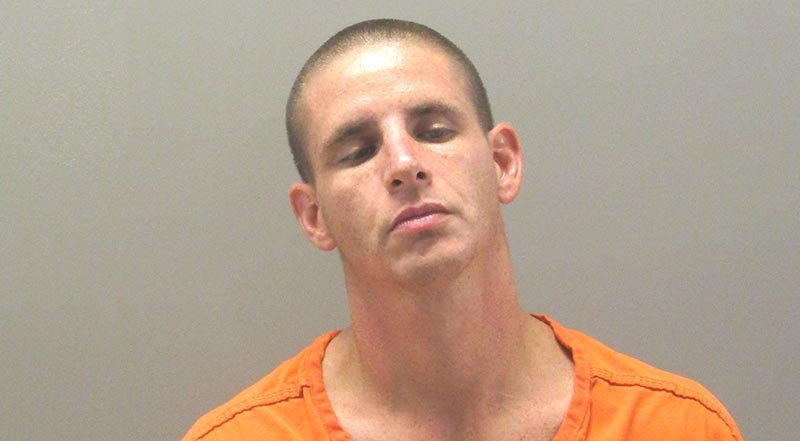 A Pine Bluff man driving an allegedly stolen vehicle was arrested Monday evening after fleeing on foot from an Arkansas State Police trooper earlier in the day.

James Valentine Perez, 37, was taken into custody shortly after 5 p.m. and charged with a felony count of theft by receiving over $5,000, punishable by up to 10 years in prison, and misdemeanor counts of fleeing on foot, driving on a suspended driver's license and having fictitious tags.

Perez, who was also cited for driving left of center, no seat belt and no liability insurance, remained in custody Tuesday in lieu of $4,500 bond and a parole hold and is set to appear today in Garland County District Court.

According to the probable cause affidavit, around 2:45 p.m. Monday, ASP Trooper Ryan Wingo spotted a gray GMC Envoy southbound on Highway 7 south and noted the driver was not wearing a seat belt. He turned around and attempted to catch up to the vehicle and noted it crossed the centerline into the northbound lane and quickly corrected.

The vehicle made "an abrupt turn" onto Century Circle as Wingo activated his lights and made a traffic stop. A computer check showed the license plate returned to a different vehicle and upon speaking to the driver, identified as Perez, he was unable to provide any vehicle information.

Wingo asked Perez to step out and put his hands on the vehicle. Perez allegedly exited the vehicle, but then he fled on foot. Wingo chased him and deployed his Taser, but it failed and Perez ran across Highway 7 and into a wooded area.

Wingo returned to the Envoy and a computer check showed Perez had a suspended driver's license and was a parolee with an active warrant for absconding. The Envoy was determined to have been reported stolen and Hot Springs police came to process it for evidence. It was noted there was "a shaved key" in the ignition that had been used to start the vehicle.

Wingo requested a K-9 officer to respond to the scene to attempt a track of Perez. Shortly after 5 p.m., Garland County sheriff's deputies located Perez on Albright Road just north of where he was last seen and took him into custody.