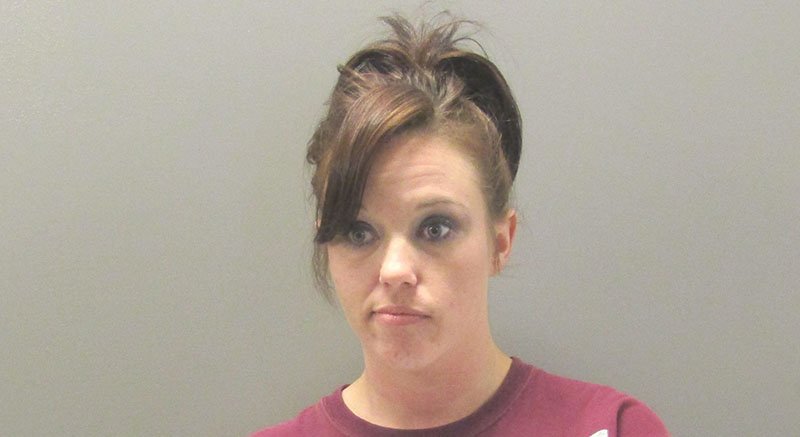 A local woman was arrested on multiple felony charges early Tuesday after Hot Springs police reportedly found drugs and multiple items of paraphernalia in her possession following a traffic stop.

Cagle, who has no prior felony history, was being held on $7,500 bond and was set to appear Wednesday in Garland County District Court.

According to the probable cause affidavit, around 2:45 a.m. Tuesday, Officer Cynthia Howerton made a traffic stop on a black 2001 Nissan Maxima in the 200 block of Oaklawn Street after noting the license plate was expired.

The driver of the vehicle was found to have a suspended driver's license, no insurance and a fictitious license plate sticker and consented to a search of the vehicle. The front-seat passenger, identified as Cagle, was asked to exit the vehicle for the search.

In the front seat, Howerton located Cagle's purse which contained an eyeglasses case with two glass pipes and a cut-off straw, commonly used for ingesting meth. A capped unloaded syringe and a capped syringe loaded with 20 units of a clear liquid were also found in her purse, along with a small baggie of suspected meth, approximately 0.5 gram.

Cagle was taken into custody and while being searched, she allegedly stated she "had something" hidden in what the report described as her "private area." A cigarette box was retrieved containing a larger plastic baggie with 4.5 grams of suspected meth.

Once at the detention center, Cagle was read her rights and reportedly admitted both baggies and the syringe contained meth and that the drugs and all the items of paraphernalia belonged to her.