Today's Paper Obits Mugshots Sports Classifieds Jobs HER Magazine Crime Contact us Subscribe to our newsletters
ADVERTISEMENT
Lefler always put others first by Special to The Sentinel-Record | September 21, 2019 at 4:00 a.m. 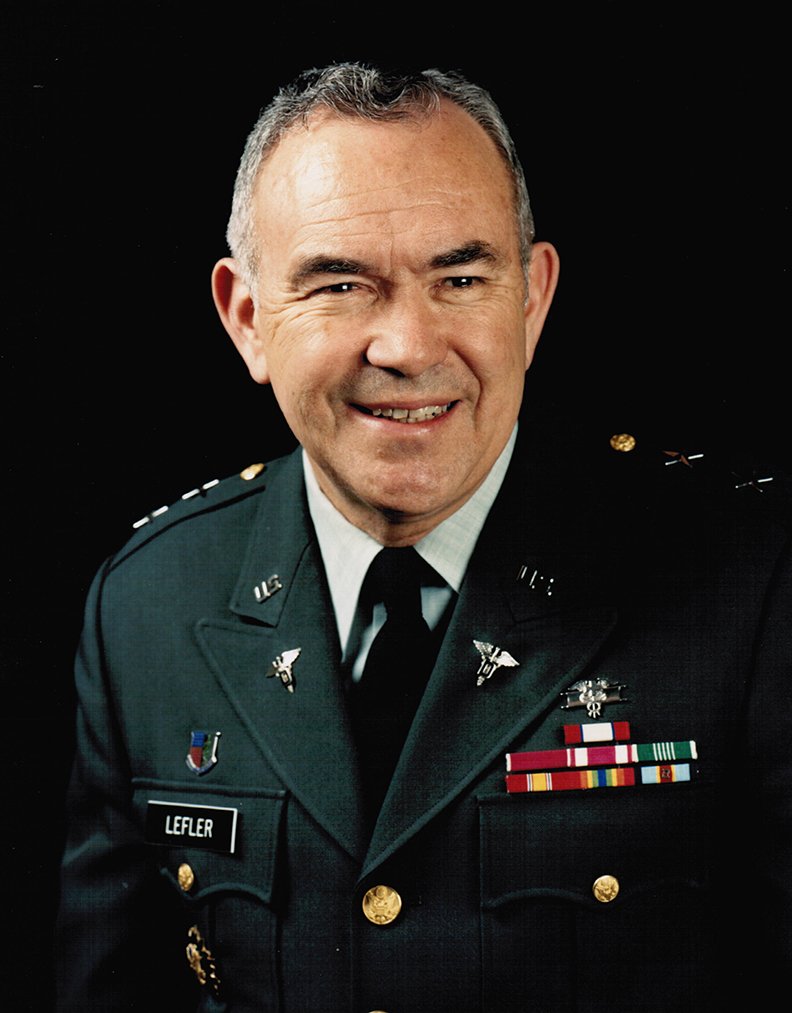 EDITOR'S NOTE: This is one in a continuing series of articles about the impact of cancer on patients and their families leading up to the 18th Annual Village Walk for Cancer Research later this month.

Maj. Gen. Bill Lefler was larger than life, a born leader, a great man, doctor, general, mentor, father, grandfather, and most of all, a friend to so many. After completing dental school, Lefler went on active duty and rose to the top of his specialty, prosthodontics, where he had the opportunity to influence, teach, or treat so many people. He was selected for brigadier general, then major general, chief of the Army Dental Corps, and managed the Army Dental Care System for four years before he retired in December 1990.

Wanting to stay in Arkansas, Lefler met an HSV Realtor and bought a house without his wife, Carolyn, seeing it but was confident she would love it as much as he did. She did, and they moved to the Village in 1995 where he immediately got involved in the community, spending his time playing golf and tennis. Lefler reconnected with Dr. Ed Blaine, a dental school classmate who had just opened up a dental office in the Village. Lefler joined him and after building up a very busy practice, bought the business in 1998 and later renamed it Lefler Dental Clinic.

Lefler was active in numerous professional and civic organizations, including the Paul Bowie Boys & Girls Club, Village United Methodist Church and the Boy Scouts of America. Another of his accomplishments was his involvement in the 2001 Tobacco Settlement case. Gov. Mike Huckabee appointed him chairman of the Arkansas Tobacco Settlement Commission, where he served for eight years. He was responsible for reinvesting the tobacco money toward Arkansans' health care and medical research at UAMS.

In 2003, Dr. Tom Lefler retired from the Army and moved his family to HSV to join his father's dental practice. In 2004, Bill Lefler, was diagnosed with prostate cancer and had surgery to remove it. Unfortunately, his prostate specific antigen, or PSA, count continued to rise and, in 2008, he traveled to UAMS for radiation. At subsequent physicals, he elected not to have colonoscopies done due to concern about radiation damage to his colon. A colonoscopy later revealed adenocarcinoma in the lower part of his colon, which may have been in the path of the radiation for his prostate cancer. He had a successful surgery at UAMS to remove the cancer and part of his colon. One year later, at the age of 83, his colon screening came out clean, but they discovered a tumor on one of his kidneys. He slowed down but never lost the sparkle in his eyes. He encouraged family and friends to get a colonoscopy and would tell them his story. Lefler died at the age of 84 in September 2017, right after starting immunotherapy.

Lefler always had a kind word and put others first. People would see the spark in his eyes when he spoke and the passion for giving back to the community with his time, talents and treasures.

He believed in cancer research and Lefler Dental continues to be a sponsor of the Village Walk for Cancer Research. His children, Tom, Dr. Mark Lefler and Tracey and their families will join us as we honor the memory of this great man who spent his life making a difference in the lives of others.

The 18th Annual Village Walk for Cancer Research will be held Saturday, Sept. 28, at the Balboa Pavilion, 476 Ponce de Leon Drive, in Hot Springs Village, with the opening ceremony at 7:30 a.m., rain or shine.