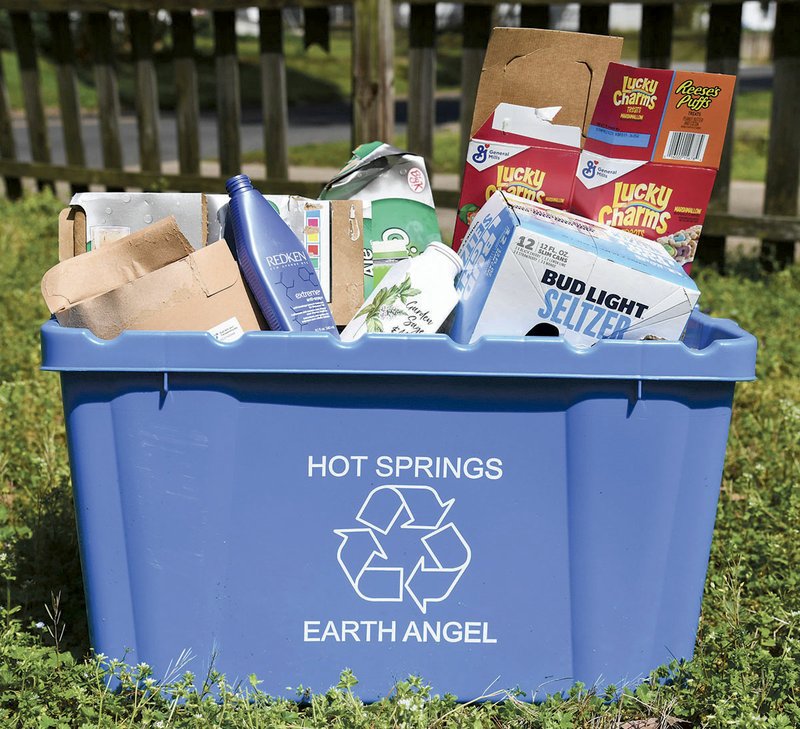 The Solid Waste Department has several programs available to help reduce what goes into landfills.

The Earth Angel curbside recycling is a free program offered to city residents only. Call the office to request an 18-gallon blue container that the city picks up every other week. They provide a map with dates for pickup for the following items: broken down cardboard, newspapers, aluminum cans, phone books, plastics No. 1 and No. 2 that have been properly rinsed out. As far as plastics, they accept only if the neck is smaller than the base. Glass must be taken to the Valley Street drop-off center.

The C.A.P.S. program is open to city residents only. Brush is picked up on Mondays and Thursdays. Limbs can be no longer than 6 feet. Pick up of miscellaneous items such as bulk items (couches, chairs, so forth) are on Tuesdays and Fridays. Wednesdays are for metal pickup. City residents get two free pickups a year. The Solid Waste Department will pick up after that and charge a fee per ton. The leaves and mulch crew collects every other week and the waste is taken to the city's compost site.

Located directly behind the Solid Waste office is another recycling area, 218 Runyon St., where the Solid Waste Department collects e-waste. TVs, computers, and so forth between the hours of 7 a.m. to 3:30 p.m. The staff will help unload at no charge.

The Valley Street drop-off center is open 24/7, unmanned, and available to city and Garland County residents. Items that can be recycled here are sorted office paper, cardboard, newspapers, aluminum cans, telephone books, magazines, plastics No. 1 and No. 2, and glass.

"A big problem with the plastics we're having is people look on the bottom of whatever, it's got a triangle with a number in it. Everyone has heard of plastics No. 1 and No. 2 are recyclable, which is true. 'If the neck is smaller than the base.' For example, a Zaxby's salad container has a number 1 on the bottom of it. That is a different makeup of plastics than the bottles. So ask people to put those in a separate container we have marked," said Randy Atkinson, director of the city's Solid Waste Department.

Cardboard enclosures can be provided at businesses throughout the city for the collection of commercial cardboard. Enclosures are very beneficial to commercial businesses because it reduces material that is placed into their dumpster, which would allow for a smaller bin or less frequent emptyings.

For Hot Springs, the total weight collected for January was 340.26 tons of recycling. In February, the department collected 301.06 tons. The recycling center's main commodity is cardboard. When asked what the main problem the department faces, Atkinson said contamination of plastic containers at the 24/7 drop-off center.

"It is mainly in the No. 2 bin; for example, PVC pipe, children's swimming pools, 5-gallon buckets, etc." Atkinson said that the public is doing a "great job" with the recycling program, and the only change he would like to see is an increase in the residential participation of the Earth Angel Program. The public can help by setting up recycling bins in the home or office.