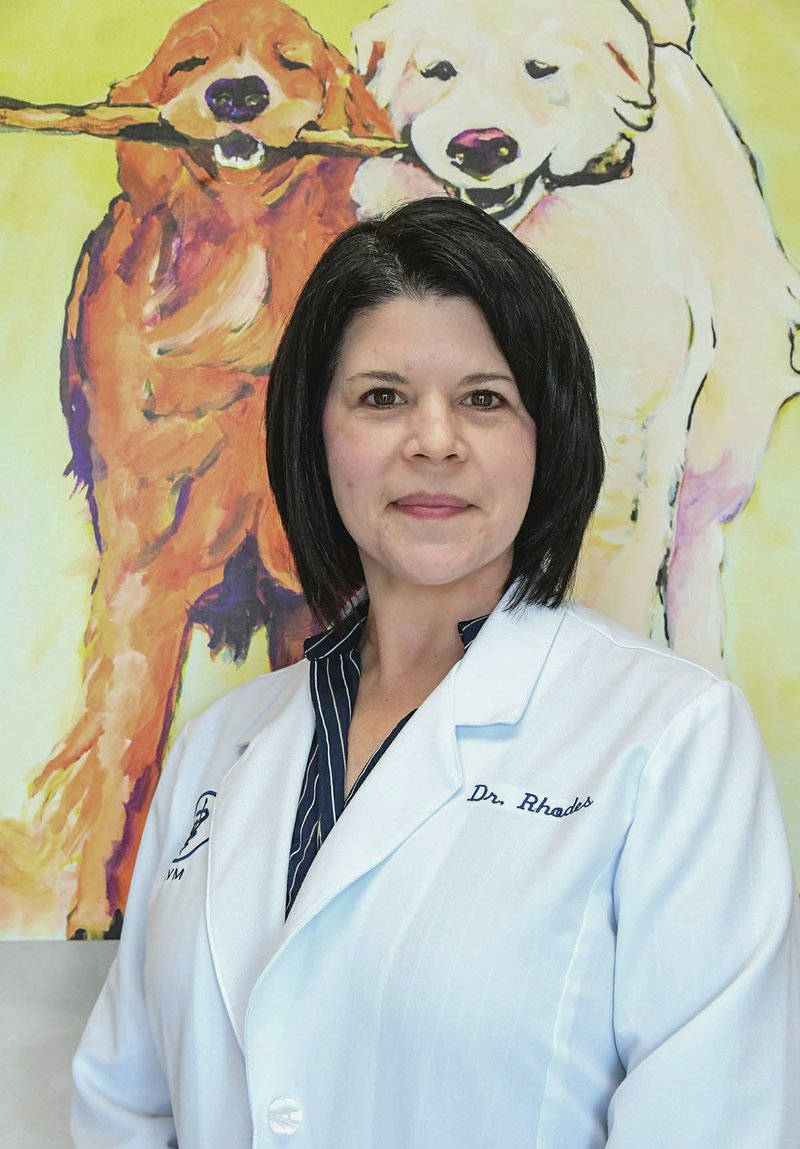 Coco is the sweetheart of her family. They are devoted to her, and she is the center of their world. So, on a Tuesday morning, when Coco was rushed in as an emergency patient, we could see the fear in her parents' eyes.

Coco, the 6-year-old Pomeranian mix, and Sophie, the 3-year-old American Eskimo, had gone to the backyard for their morning routine. Sophie returned without Coco. This was a red flag. A search found Coco in the back of the yard bleeding, with one of her eyes out of the socket. What could have done this? A hawk? Coyote?

This is what we learned while Coco was in our treatment room being stabilized. There, I quickly assessed her injuries. Coco was in shock, her heart racing. I placed an intravenous catheter to begin fluids and other emergency medications Coco needed to survive until we could treat her wounds and assess her further.

Coco lay still on the exam table. She could move her limbs and seemed to know we were there, but she was minimally responsive. Her right eye was proptosed (out of socket). She had multiple puncture wounds around her neck, head, and chest. Her throat was swollen, and it affected her breathing. I could not feel any fractures, but X-rays would be necessary to determine the extent of her injuries. First things first, I had to make sure Coco would live through any further tests or procedures.

One thing I learned about Coco during her treatment is that she has a stubborn streak! This served her well, though, and she decided early on that she would live. Once her will kicked into gear, she began to improve. She became stable enough for X-rays. The X-rays showed soft tissue swelling at her throat, but it did not appear that her airway was damaged. Her bones and her organs all seemed stable. That was great news! We could focus better on Coco's eye and puncture wounds.

I updated her mom and dad. There were several "what ifs" to prepare to answer. What if I could not correct her eye? It would have to be removed. What if her breathing gets worse? I would have to place a tracheostomy tube, a breathing tube placed in the trachea to bypass the upper airway. As anyone would, her mom and dad weighed this information carefully. They love their girl so very much. They had to consider in their hearts what Coco would have to endure to get better. Coco was a fighter, but was this fair to her? Her mom and dad wanted to give her every opportunity to survive, but they wanted to make the best choice for her, no matter how hard it would be for them. That is love. I see it every day in this hospital, selfless love.

We decided together to move forward. I was able to repair Coco's eye. I worked on stitching up her wounds and placed two drains in her neck to help prevent infection. Of course, there were antibiotics and medications to help reduce the swelling at her throat, but her breathing was stable and improved little by little. One hurdle remained; Coco could not stand. Her left front leg was almost useless, and her other legs were frail. She was stable, and she was out of danger. Now, we had to make sure she could be happy again.

The mainstay of Coco's treatment from this point forward was pain management and physical therapy. We made use of Photobiomodulation, also known as Cold Laser Therapy, to stimulate circulation and keep ahead of inflammation and pain. We massaged her legs, helped her to practice standing and moving in a normal range of motion three times every day. She loved being brushed, so she had twice-daily brushing therapy. Six short days later, she was able to stand, and before we knew it, she took a few steps! It wasn't graceful, but it was enough. She was so proud of herself, and we were proud, too! Her mom and dad continued her therapy at home, and soon Coco was walking all over the place!

I cannot imagine a happier ending! Coco showed me that a strong spirit and a little determination can get us through whatever comes our way. What a tough, amazing little gal she is! I am proud to say I know her, and we are her biggest fans!