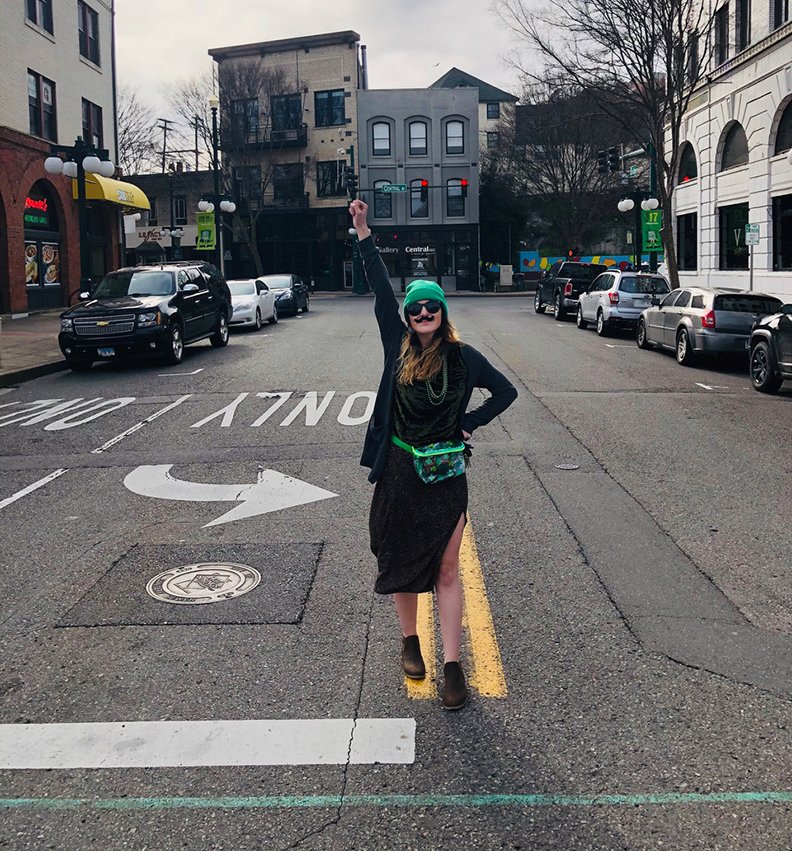 "Why would a St. Pat's parade work in October? Well, basically, why not?" Visit Hot Springs Director of Marketing Bill Solleder said. "As far out and do-it-the-way-we-want attitude we've always had about the World's Shortest St. Patrick's Day Parade, why not just do it in October?"

Solleder said he thinks the fans of the parade and the people and tourists of Hot Springs "deserve it, especially after what we're going through right now."

Some people might wryly note that the parade's new name seems about as long as the route, the 98-foot-long Bridge Street in downtown Hot Springs.

The parade will be the "second annual" because Solleder and fellow parade organizer Alexis Hampo held a "very small" parade on March 17, he said.

" ... But we decided to go to Bridge Street and actually have a toast and walk the length of the 98 feet so we could say the parade happened."

Actor Cheech Marin was already lined up as celebrity grand marshal, and actor Danny Trejo as the official parade starter, with Blues Traveler and Foghat as its live performances. Solleder said the celebrity and entertainment bookings for the fall edition of the parade have been confirmed and he can neither confirm nor deny if the same bookings remain for it.

"But if there are people out there who have really wanted to meet Cheech or really wanted to meet Trejo, I encourage you to why not reach out to them on their Facebook or Instagram accounts and say 'Hey Cheech, sorry we missed you in March, but we really wish you might come in October,'" he said. "Why not do that? A little bit of Hot Springs charm to a celebrity in Los Angeles goes a long way."

Solleder said the entertainment and celebrity guests booked will be announced shortly, so "only time will tell."

As far as the fall parade's participants, Solleder said Visit Hot Springs is reaching out to participants who were confirmed, giving them "first dibs," and if there's anything leftover they will open the opportunity to anyone else who might want to participate.

Being in October, Solleder said the second annual parade will have a "fall feel" to it with "fall colors" in addition to the St. Patrick's green.

"We've been kicking around hashtags like #wewillparadeagain and #shamrocktober, so definitely we'll use fall to our advantage," he said. " ... The fans of the St. Patrick's Day parade love it and they're committed and they're loyal and want to be a part of the parade whether they're in it or watching it, so I think we'll have a fantastic turnout in the fall, I think the weather will be fantastic in the fall."

Solleder said the lack of a live race meet at Oaklawn and spring break crowd in October may impact the second annual parade's overall turnout, but he thinks as long as the pandemic has dissipated by then, it will be a "great time to inject some tourism dollars into the economy at just the right time."

It was noted on a VHS social media post that "as ridiculously fun as having St Paddy's in October is, there is a serious side to planning a parade in these strange times."

"We will continue to follow the guidelines of the CDC and the Arkansas Health Department, so everyone keep on your toes for updates," the post stated. "Flatten the curve now and we will parade later!"

The second annual parade's date coincides with the final day of the Hot Springs Documentary Film Festival, and Solleder said the two events will work together to plan activities together.

"October is going to be so busy and fun for Hot Springs," he said. "There's Hot Water Hills Music Festival and there's Hot Springs Documentary Film Festival, and now we'll have a concert and St. Patrick's Day Parade in October, so it's going to be a good month for everybody."