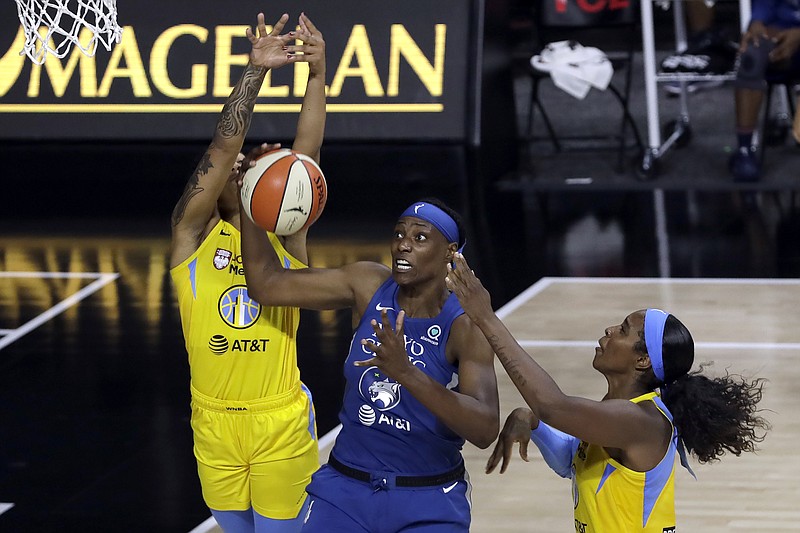 Minnesota Lynx center Sylvia Fowles (34) is double teamed by Chicago Sky forward Gabby Williams (15) and forward Azura Stevens (30) as she goes to the basket during the first half of Thursday's WNBA game in Bradenton, Fla. - Photo by Chris O'Meara of The Associated Press

BRADENTON, Fla. -- Napheesa Collier scored 10 of her 20 points in the fourth quarter and finished with 10 rebounds and the Minnesota Lynx held on to beat the Chicago Sky 83-81 on Thursday night.

Myisha Hines-Allen scored 17, Leilani Mitchell added 12 and Emma Meesseman 10 as Washington (3-0) built a seven-point lead in the first quarter and opened up an 18-point lead by halftime with a 29-18 scoring surge in the second period.

Breanna Stewart finished with 15 points and 10 rebounds for Seattle (2-1). Sami Whitcomb pitched in with 11 points.

Nneka Ogwumike scored 14 points and Seimone Augustus 13 for the Sparks (2-1).