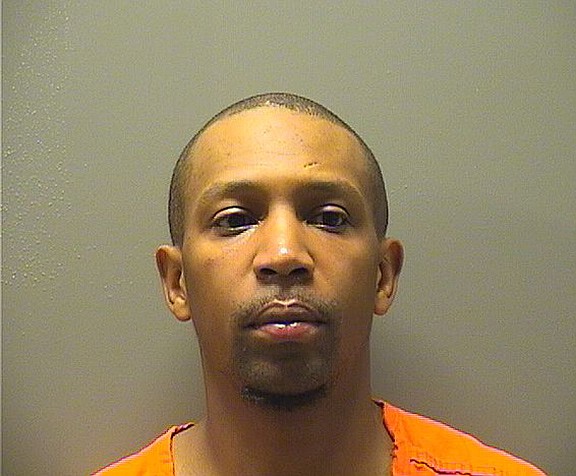 An Arkadelphia man accused in the shooting deaths of two women earlier this month at a Hot Springs apartment complex had reportedly settled a custody dispute with one of the victims the day before the shooting, according to court records.

Corey Demond Smith, 38, was arrested July 11 on first-degree murder charges shortly after the shooting at Ashley Kate Apartments, 935 Akers Road, which claimed the lives of two women, whose names were not released by the investigating agency, the Garland County Sheriff's Office, which cited a gag order limiting pretrial publicity that was filed on July 13, after the release of the arrest affidavit.

The names were not included in the affidavit for Smith's arrest, which was obtained on July 13 by The Sentinel-Record.

The name of one of the victims, Angela Gipson, was listed in an affidavit for a search warrant filed July 15 in Garland County Circuit Court for Smith's car, a white 2011 Chrysler 300, which he allegedly used in fleeing the scene of the shooting.

The warrant was seeking evidence of blood, hair, expended shell casings, guns, cellphones, data storage devices or any audio or video recording devices that might be in the vehicle. Additional affidavits for search warrants, also filed July 15, were seeking to obtain Smith's clothing worn that day to check for blood, skin, DNA or gunshot residue.

According to records from Clark County Circuit Court, Smith had filed a petition on Feb. 4 attempting to establish paternity, joint custody and visitation rights for the 3-month-old son of a woman identified as Angela Gipson, an Arkadelphia resident.

The search warrant affidavit indicates the victim identified as Angela Gipson was living at the Akers Road complex in Apartment 9 at the time of the shooting.

On July 10, a ruling was issued in Clark County Circuit Court establishing Smith as the payer parent for the child while Gipson, identified as the custodian and payee parent, had reportedly assigned her rights to the Office of Child Support Enforcement for collection.

The full amount of child support the two were obligated to pay was set at $743 a month, with Smith to pay $489 and Gipson to pay $253. Smith was to begin paying child support that same day and it was noted Gipson did not request retroactive child support. The case was marked closed July 10 with no further action needed.

According to the probable cause affidavit for Smith's arrest, on July 11, shortly before 6 p.m., the Garland County Sheriff's Office received multiple calls indicating two people had been shot at 935 Akers Road. One caller stated a female neighbor had been shot by her boyfriend and that he also killed the apartment manager.

Deputies attempted a traffic stop on the car, determined to be a 2011 Chrysler 300, but the driver, later identified as Smith, refused to stop. A pursuit ensued and the Arkansas State Police was called for assistance. ASP troopers executed a PIT, or Precision Immobilization Technique, maneuver on the car on Highway 70 east in Saline County.

Smith, the lone occupant of the car, was then apprehended without further incident, the affidavit states.

Patrol deputies located two deceased females on the upper deck area of Building C in front of Apartment 9. Expended shell casings were located by deputies "in the area of the deceased."

Multiple witnesses from the apartment complex were later interviewed and three witnesses stated they observed a man known to them as Corey shoot the two women. They said the man then walked down the stairwell, got into the described Chrysler car and drove away from the scene.

In addition to the gag order, Judge Ralph Ohm issued a court order barring Smith from contact with the residents of the Ashley Kate Apartments as well as any of the victims' families or witnesses in the case.

The affidavit also indicates he was convicted of a felony in 2012 in Clark County and was sentenced to five years in prison followed by five years' probation.