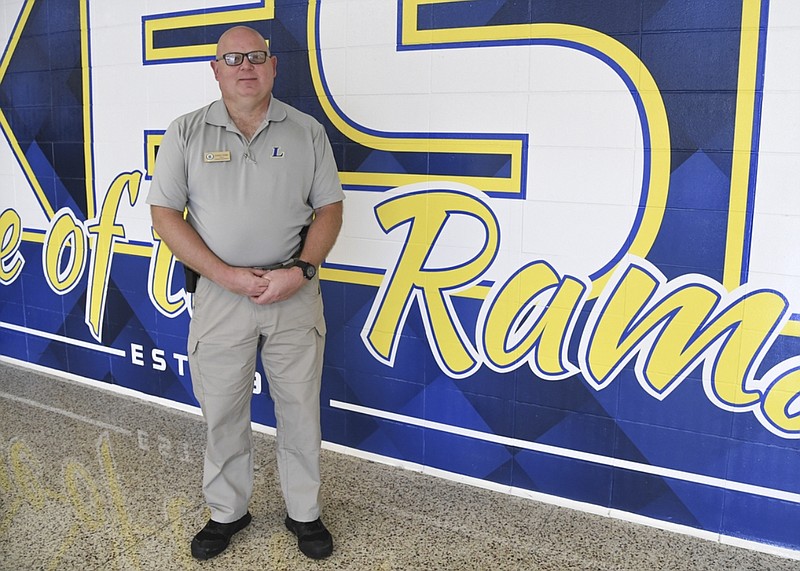 "Safety is always our number one priority at Lakeside. We now have two full-time officers who will make campus safety and building relationships their top priority every day. I am thankful to everyone who made this addition to our district a reality," Bruce Orr, assistant superintendent, said.

The school district for the past couple of years has had a single school resource officer in partnership with the Hot Springs Police Department, and has been asking for more, said Anthony Schaber, a former HSPD officer who now serves as the chief of the school-operated police department.

Because of the shortage nationwide of police officers, the HSPD was not able to provide an additional school resource officer, he said.

Schaber said the district decided it was in Lakeside's best interest to have its own police department, so it could hire its own personnel and have control over what they were doing and when they would be on campus.

The Lakeside police officers will be on campus during regular business when students are on campus, he said.

"If anything happens overnight, we are still in the city of Hot Springs, and they will be the ones to respond to handle that and then notify me afterward," Schaber said.

The district had to submit an application, some policies and a budget to the Arkansas Commission on Law Enforcement Standards and Training for the Lakeside Police Department, he said.

Schaber said he would be the chief of the district's police department. The second officer is currently at the police academy and will join the department when he graduates, he said.

Schaber said he is looking for officers who are calm and can handle themselves both mentally and physically.

"I don't think you need anybody that's too aggressive," he said. The department needs "somebody that is level headed and open-minded to understand problems that people go through on their day to day lives and can help them work through those issues."

Schaber said he wants the students, parents and community to know there will not be any difference in the kind of service they will receive under the new arrangement than before when he was the school resource officer.

Schaber is now commissioned through the Lakeside police department.

"I'm going to be the same person, (but) just in a different uniform," he said.

The officers will be stationed in the existing school buildings, and Schaber said his office will be in the high school.

To be a police officer in Arkansas, one must be 21 years of age by the time they graduate from the police academy, and must have a high school diploma or equivalent. They also must be able to pass a physical and mental evaluation, he said.