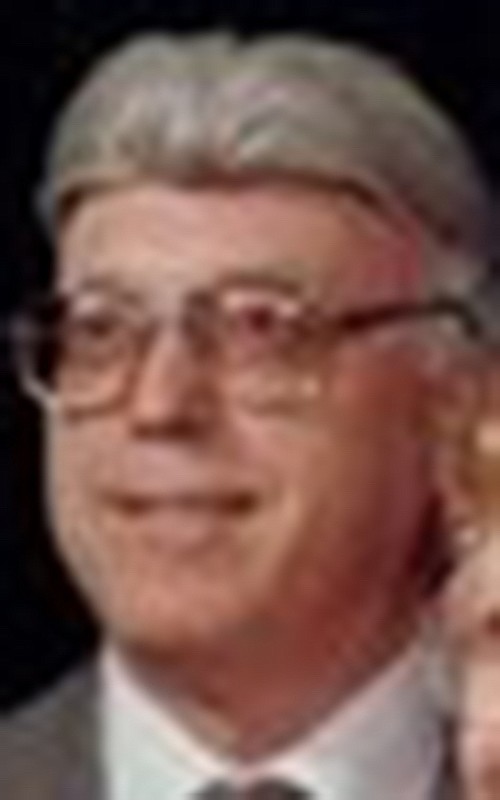 Jerrel Robert “Buck” Arnold, (8/13/28 – 11/26/20). The youngest son of Dewey and Carrie (Coleman) Arnold, Buck was born in Pearcy, Ark., and spent his early childhood on the family farm. They then moved to Hot Springs, where he graduated from Hot Springs High School in 1947. Always a hard worker, he held numerous jobs as a paperboy and a Western Union Telegram delivery agent during his youth. He utilized the proceeds of these jobs to fund his passion for motorcycling. After graduating high school, Buck enlisted in the Unites States Air Force and was stationed in Bremerhaven, Germany, supporting of the Berlin Airlift after the closing days of World War II as an aircraft mechanic and navigator, following all of his brothers in military service.

After serving four years in the USAF, he furthered his education by attaining a Mechanical Engineering degree from Wayne State University, funded by the G.I. Bill (while working full time at the Sterling Axle plant). His engineering specialty was engine design, development and production, where he held supervisory positions at all of Ford Motor Company’s engine plants in Cleveland, Detroit, Chicago and Lima, Ohio. During his tenure at Cleveland Engine Plant, he met his future wife, Dorothy Bruce, were married in 1957, and became proud parents of two children, Bruce and Brian. In his spare time, Buck continued to pursue his interest in aviation by obtaining his single/multi-engine, and instrument pilot ratings.

Retiring from Ford Motor Corporation after 45 years of service, Buck and Dorothy returned to his beloved Hot Springs, Ark., where he enjoyed golfing, motorcycling, private aviation and deer hunting with his many friends and acquaintances.

Buck was preceded in death by Dorothy, his loving wife of 61 years, his bothers, Leslie, Loal, and Wilmer and sisters, ErCell (Teal) and Imogene (Bearfield).

He is survived by his two sons, Bruce (Amy) and Brian (Amy) Arnold.

A graveside service will take place 2 p.m. Thursday at the Lowe Cemetery.

In lieu of flowers, donations can be made to the Humane Society of Garland County, http://hsgconline.org

Online obituary is available at http://www.GrossFuneralHome.com.