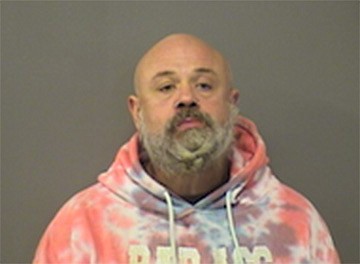 A local man was arrested on felony and misdemeanor charges Tuesday after allegedly breaking into an unoccupied house earlier this year and stealing antique doors and windows that he later pawned.

Chad Cameron Jones, 52, who lists a Woodlawn Avenue address, was taken into custody around 2 p.m. and charged with a felony count of breaking or entering, punishable by up to six years in prison, and misdemeanor counts of theft of property under $1,000 and unlawful transfer of stolen property to a pawnshop, each punishable by up to one year in jail.

Jones, who also had a warrant for failure to comply, was later released on a $7,000 bond and is set to appear on Jan. 14 in Garland County District Court.

According to the probable cause affidavit, on Sept. 14, the owner of a residence in the 800 block of Park Avenue called Hot Springs police to report two white males were trespassing on the property.

Officer Rod West responded and located the two men, including Jones. The second man was reportedly arrested on an unrelated warrant while Jones was told to leave the property. Officers noted the front doors of the residence were standing ajar, but they were unable to determine if anything had been taken.

The owner later called to tell police she had discovered several items missing, including antique wooden doors and antique glass windows and she was able to provide descriptions.

It was discovered some of the windows had been sold to a local pawnshop on Sept. 8, six days before the trespassing incident. The pawnshop provided police with the pawn ticket showing Jones had sold the windows for $60.

The windows were estimated to be worth at least $300, but the exact worth “could not be determined because they were 150 years old and unique.” A warrant for Jones’ arrest was later issued in the case.