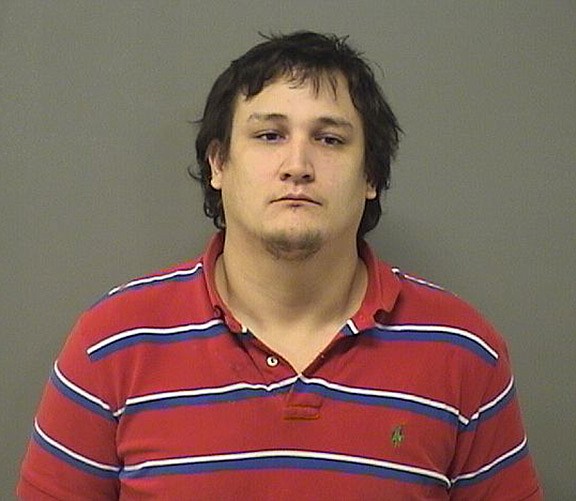 A local man was arrested on a felony battery charge Tuesday after allegedly hitting his juvenile daughter in the face with a belt while trying to spank her.

Cannon Cole Carrion, 31, of 3133 Albert Pike Road, was taken into custody at his residence shortly after 5 p.m. and charged with second-degree domestic battery, punishable by up to 10 years in prison.

Carrion, who lists no prior criminal history, was being held on a zero bond and was set to appear Wednesday in Garland County District Court.

According to the probable cause affidavit, shortly after 4:30 p.m., Garland County sheriff’s Sgt. Jeremy Simpson and Deputy Mason Robinson were dispatched to the residence for a disturbance call involving a juvenile victim.

Deputies spoke with the victim’s mother, 30, who stated the girl’s father, identified as Carrion, had struck their daughter in the face with a belt buckle causing injuries to her. A female witness, 61, who had called to report the disturbance reportedly corroborated the mother’s story.

Deputies made contact with the victim, age not listed, and noted she had bruising to her upper lip. She said her father got mad because they did not clean their room and grabbed a belt to spank them. She said Carrion struck her in the face with the belt during the altercation.

Deputies spoke to Carrion who stated he told the children to clean their room and they did not so he was going to spank them. He said the victim “moved while he was trying to spank her” and he hit her in the face with belt at one point.

Photos of the victim were taken and the Department of Human Services and the Child Abuse Hotline were notified. A DHS investigator reportedly came to the scene.