Suspect in home invasion foiled by homeowner sentenced to prison 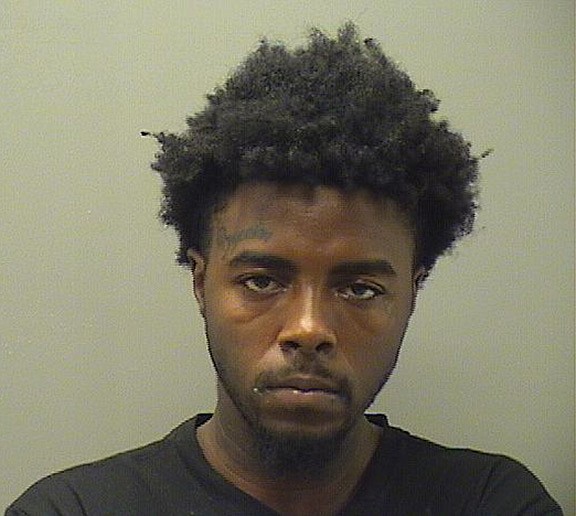 A local man arrested last year after he forced his way into a Hot Springs residence only to be chased away by the armed homeowner was sentenced to eight years in prison Tuesday after pleading guilty in Garland County Circuit Court.

A misdemeanor count of first-degree criminal mischief, punishable by up to one year in jail, was withdrawn and Coleman was also ordered to pay $440 in court costs upon his release.

An alleged accomplice, Dewayne Marvin Johnson Jr., 19, who was arrested on the same charges as Coleman, plus an additional count of fleeing, is set for a disposition hearing in his case in circuit court on Jan. 19, 2021.

According to the probable cause affidavit, on Sept. 24, 2019, around 11:15 p.m., a local man called Hot Springs police to report a burglary that had just occurred at his residence in the 1200 block of Garland Avenue.

He said two males kicked in his front door, but when he confronted them with a firearm and told them he had called the police they fled. A neighbor told officers the two ran behind the victim’s residence headed toward Westover Street.

Police noted one of the suspects had left an impression of a shoe sole design on the front door from kicking it.

Just moments after their arrival, police located Johnson crouched down behind the corner of a neighboring residence, trying to hide. Officers gave him verbal commands, but he allegedly ignored them and “took off running.” He hid underneath the next-door neighbor’s house, but finally came out after repeated commands and was taken into custody.

Officers reportedly located a black 9-mm semi-automatic pistol and a blue bandanna up against the residence where Johnson had been hiding when first spotted. They noted Johnson’s clothing matched the description given by the victim of one of the suspects.

Coleman was located directly behind the victim’s residence “lying on the ground in a field,” trying to hide. Officers ordered him to surrender and he was taken into custody without incident. They noted Coleman was wearing clothing was matched the description given of the other suspect and the soles of his shoes reportedly matched the design of the impression found on the front door.

When questioned later, Coleman stated he didn’t know who lived at the residence, but they had heard he had “pounds of marijuana.” He reportedly admitted they kicked the door in and were confronted by the owner with a gun and fled.

Johnson, when questioned, claimed he was “just hanging out” at a family member’s house on Westover when officers “flooded the area.” He said he ran to the backyard of the residence to hide because he thought he had a warrant. He denied knowing anything about the handgun found where he had been hiding.

Coleman was released the next day on a $25,000 bond and pleaded not guilty to the charges on Dec. 3. On July 14, he was arrested again on charges of driving while intoxicated and possession of marijuana. Prosecutors later filed a motion to revoke his bond because of his arrest which was initially denied, but on Aug. 18 his bond was revoked and he was arrested again on Sept. 11 and had remained in custody since then.