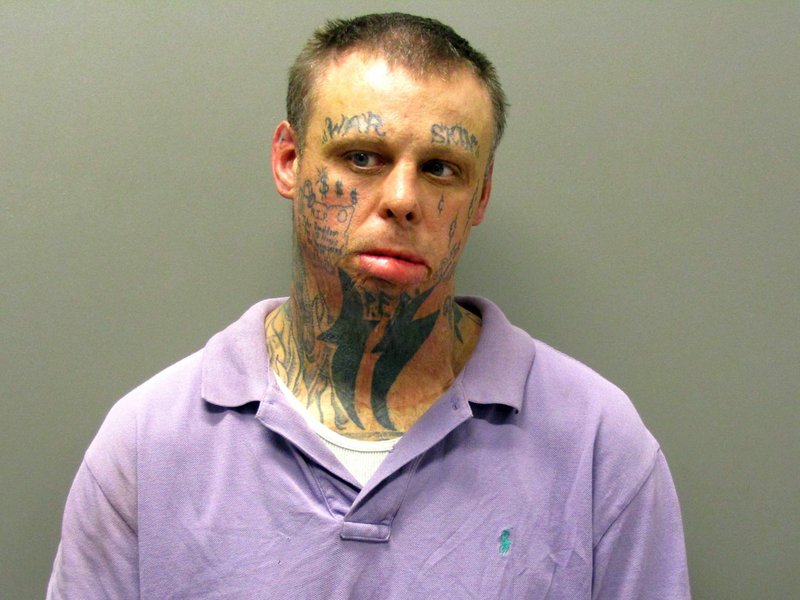 A felon and parole absconder arrested last summer after he was found hiding in a shed with a loaded gun was sentenced to four years in prison Tuesday after pleading guilty in Garland County Circuit Court.

Jason Kenneth Cox, 35, who has remained in custody since his arrest June 11, 2019, pleaded guilty to a felony charge of possession of a firearm by certain persons and was sentenced to four years in prison, with a recommendation for an eventual transfer to a regional punishment facility, and ordered to pay $315 in court costs.

Two additional felony counts of possession of a firearm by certain persons and a felony count of unauthorized use of another person's property to facilitate a crime were withdrawn by prosecutors. Cox had pleaded guilty on May 11, 2010, to simultaneous possession of drugs and firearms and was sentenced to 10 years in prison and to possession of drug paraphernalia with intent to manufacture meth and was sentenced to five years and was on parole at the time of his arrest.

According to the affidavit, on June 11, around 7:30 a.m., agents with the Arkansas Community Correction's Special Response Team and the 18th Judicial District East Drug Task Force, along with Hot Springs police and Garland County sheriff's special investigators, went to a residence on Bayles Street to locate Cox, who had a warrant for absconding.

Cox had listed the Bayles Street residence as his address when he was paroled, but investigators learned he was not living there. They were told Cox was now living in a shed behind a residence in the 100 block of Mote Street, so they went there.

As they arrived, sheriff's Sgt. Joshua Cannon spotted Cox running through the backyard near a 10-by-12-foot shed. Investigators made contact with a woman in the shed, who initially told them Cox had run into the woods as officers pulled up. They noted the woman's hands were trembling and she was "pacing back and forth" during their questioning.

She also kept looking at a curtain over a doorway in the rear corner of the one-room shed. Investigators pulled the curtain back and found Cox hiding in the floor covered with a jacket. After several commands to show his hands and surrender, Cox was taken into custody.

Investigators located two muzzleloader rifles next to Cox and found a loaded .22-caliber revolver under a mattress about 2 to 3 feet from where he was hiding. They also found numerous documents in Cox's name.

Once Cox was in custody, the woman stated she was afraid Cox would harm her if she told them he was inside the shed. She said he had previously told her he was an Aryan Brotherhood gang member and had threatened her if she talked to the police about him.

She told investigators Cox had been living in the shed since May 25, 2019, and that around June 3 he had acquired a revolver with a pearl handle on it from an unknown person and was keeping it under his mattress. The affidavit notes the revolver found by investigators matched the one she described.