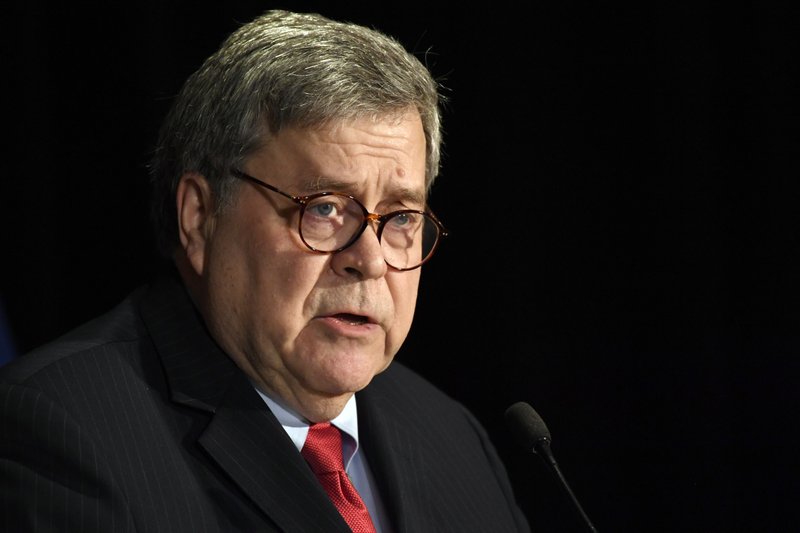 WASHINGTON -- Attorney General William Barr has agreed to testify before the House Judiciary Committee next month, appearing for the first time before the panel as questions swirl about whether he intervened in the case of a longtime ally of President Donald Trump.

House Judiciary Committee Chairman Jerrold Nadler, D-N.Y., released a letter Wednesday to Barr "to confirm your agreement to testify" on March 31. In the letter, Nadler and committee Democrats write that they have concerns that Barr has misused the criminal justice system for political purposes.

"In your tenure as attorney general, you have engaged in a pattern of conduct in legal matters relating to the president that raises significant concerns for this committee," Nadler and the Democrats wrote.

The Justice Department confirmed Barr would testify. His appearance will be the first before the House Judiciary panel since he became attorney general a year ago, and since he declined an invitation to testify about special counsel Robert Mueller's report after it was released.

The Democrats said they plan to ask Barr about the department's decision this week to overrule four federal prosecutors and lower the amount of prison time it would seek for Trump's confidant Roger Stone. The four prosecutors immediately quit the case, in which Stone was convicted of lying to Congress, witness tampering and obstructing the House investigation into whether the Trump campaign coordinated with Russia to tip the 2016 election.

They said they will also ask Barr about his department's announcement that it is taking information that Trump's personal lawyer Rudy Giuliani is gathering in Ukraine about the president's Democratic rival Joe Biden and his son. The House voted in December to impeach Trump because of his pressure on Ukraine to investigate Democrats; the GOP-led Senate acquitted him this month.

"In the past week alone, you have taken steps that raise grave questions about your leadership," the Democrats wrote.

After the department indicated it would overrule the prosecutors, Trump tweeted congratulations to Barr "for taking charge of a case that was totally out of control and perhaps should not have been brought," suggesting the prosecutors had gone rogue.

The department insisted the decision to undo the sentencing recommendation was made Monday night, before Trump began tweeting about it, and that prosecutors had not spoken to the White House about it.

The Senate has shown less interest in grilling Barr on the Stone episode, defending the department's decision to reduce the sentence and saying they didn't expect to call him specifically to discuss it.

Senate Judiciary Committee Chairman Lindsey Graham, R-S.C., said Wednesday that he had spoken to the Justice Department and was told that their sentencing guidelines call for three and a half or four and a half years, instead of the seven to nine years the prosecutors had recommended.

"I don't think any of us should tweet about an ongoing case, but having said that, I appreciate the Department of Justice making sure that their recommendations to the court are to seek justice for the law as it's written," Graham said.