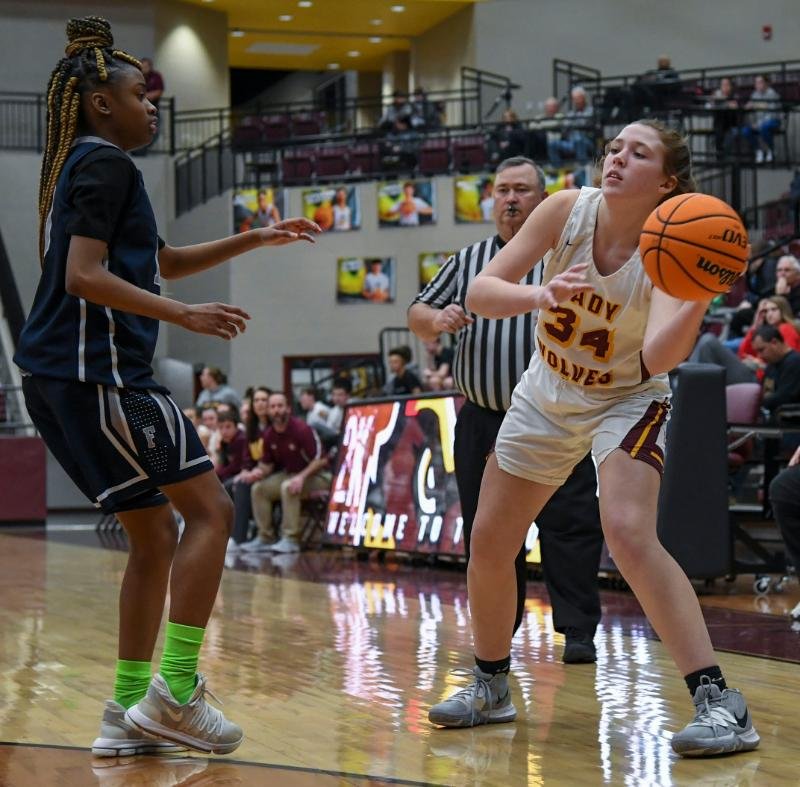 PEARCY -- J.A. Fair's offense struggled against Lake Hamilton's defensive pressure Wednesday night as the Lady Wolves capitalized on many of the Lady War Eagles' mistakes to secure a spot in the Class 5A state tournament with a 57-21 rout at Wolf Arena.

"One of the things we were really working towards tonight -- this clinched us a berth in the state tournament, so with four games to go, we know that we're in," Lake Hamilton head coach Blake Condley said. "That kinda checks something off of our box, so now we just wanna try to keep it going on Friday when we go across town to Hot Springs."

The Lady Wolves (18-5, 10-0 5A South) garnered an early 8-0 lead behind multiple playmakers until junior Nikiah Samuels grabbed a steal for the Lady War Eagles (1-18, 0-9), driving it down court before drilling in a 3-pointer to pull within 5. Refusing to let Fair inch any closer, sophomore Hayleigh Wyrick spotted junior Aspen Thornton inside the paint for a field goal to broaden the lead, 12-3.

At the 2:02 mark, junior Nariah Samuels lifted a layup to keep the visitor's within reach but Thornton fed sophomore Ginny Higginbotham for a trey and a steal by classmate Audri Winfrey opened the door for junior Tia Mullenix to sink a field goal to propel the Lady Wolves to a 17-5 advantage at the end of the first period.

"That's one of the things that we feel like makes it difficult to guard us is if we're sharing the ball, if we're involving a lot of people on the team," Condley noted. "I'm just really proud of our girls. They're not selfish. They're not worried about who gets the credit. They just want to share the ball, and they want to win. It makes it a lot of fun to coach them."

The Lady Wolves highlighted more of the reason why they've secured the No. 1 spot as they opened the second period on an 11-0 run that was brought to an end as Nariah Samuels found the rim before making 2 of 2 from the free throw line at the 1:35 mark for a 31-9 deficit.

Sophomore Natalie Tedder joined her teammates on the floor as she lifted in a layup, and classmate Ellie Sutterfield sent in a free throw as Higginbotham buried a shot from downtown with 26 seconds on the clock for a 37-9 lead at intermission.

Nikiah Samuels opened up the second half with a field goal before junior Taylor Humphreys kissed the rim and drove to the basket on the next possession, swiftly passing to Thornton who boosted it in for a 41-11 lead. 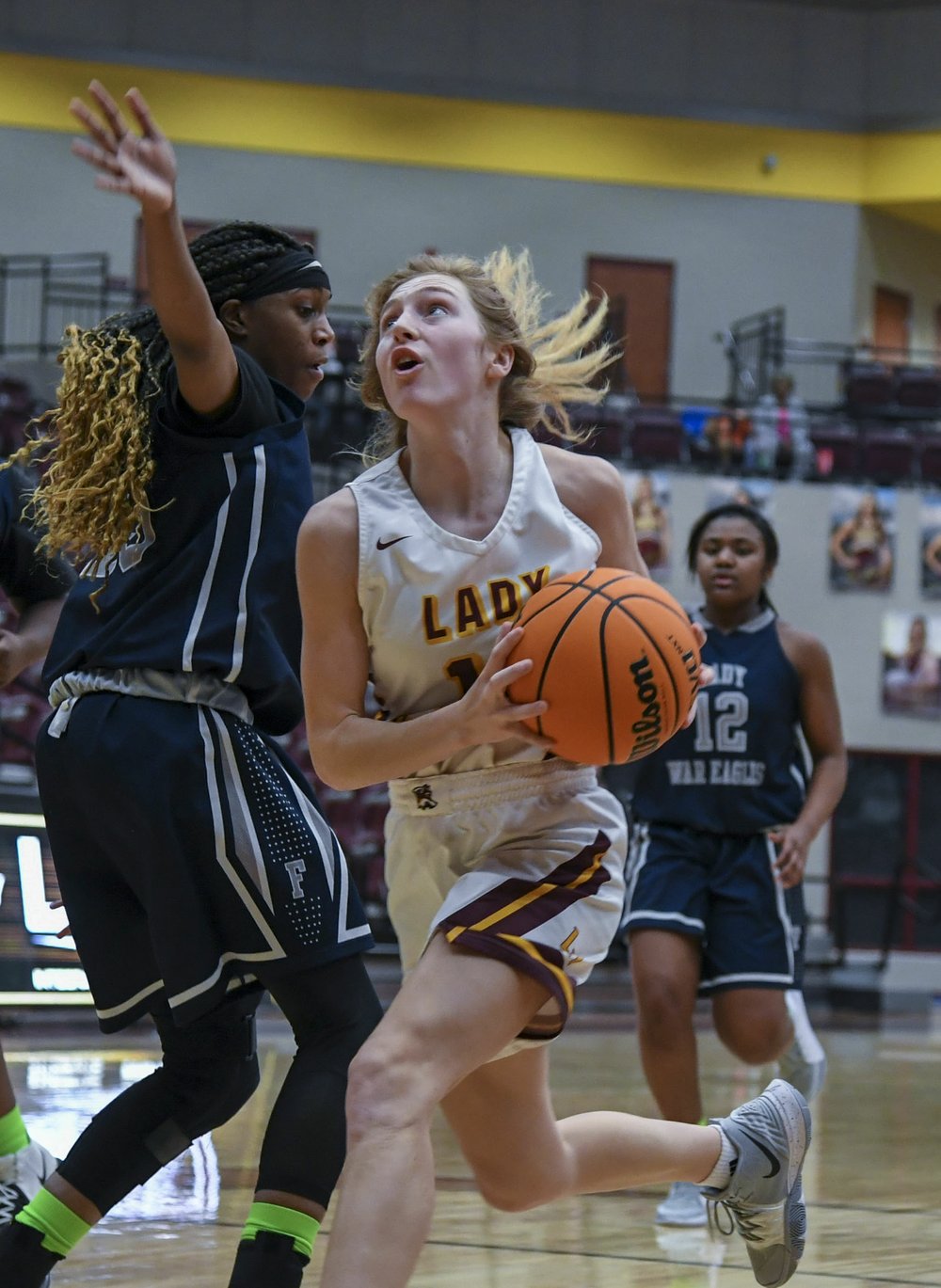 Condley mentioned that defense has been the Lady Wolves "calling card."

"We've really been working on our defense, and it's been good," he said. "We tried to double down on it the last couple weeks and tried to fix some of the little things that had been breaking down on us. I think the girls are liking that. They're owning that being their identity that we put pressure and really try to guard and make it hard on the other team to be able to score."

The Lady War Eagles came to life for a moment as sophomore Ilori Thomas hit a field goal and Nikiah Samuels snaked a steal, bolting for a fast-break layup to come within 43-15. Mullenix drove to the basket, pulling up short for a field goal before Thornton hit a bucket and opened fourth period scoring with a prompt steal and layup to widen the lead.

With 6:22 remaining, Thomas went 1 for 2 from the charity stripe, and roughly a minute and half later, Sutterfield secured a 4-point play to push out to a 52-16 lead. Thomas executed a repeat performance from the line as sophomore Riley Hunter grabbed a rebound, connecting with Tedder posted on the inside for a bucket as the teams traded shots to close out the game.

Thornton led Lake Hamilton with 17 points, seven steals, three assists and three rebounds. Higginbotham added 9 points, three boards and an assist, Sutterfield put up 9 points with an assist and Mullenix had 8 points, two boards and an assist. Winfrey, Wyrick and Tedder finished with 4 points each, and Humphreys rounded out the scoring with 2 points.

Lake Hamilton travels to Hot Springs on Friday night, and Condley admitted the Lady Trojans have some threats they'll have to keep an eye out for.

"Jaylia [Reed] is really good," he said. "Jurnee [Hicks] is also really good. They've got some pieces that go with them, but we're just gonna have to go through the scouting report [today] and make sure we're ready to play as a team to beat them. That's the thing. We're not gonna rely on one girl to try to see if we can stop any of theirs. We try to let it be an all-for-one kind of deal."