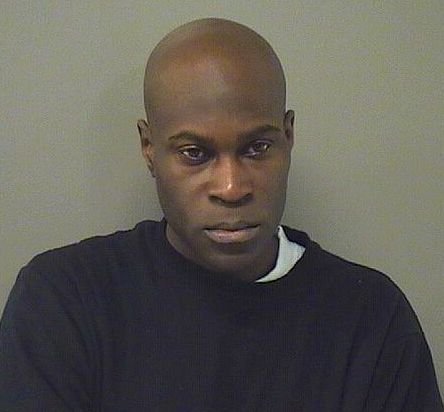 A Hot Springs man with a history of vandalizing businesses was arrested Thursday for allegedly causing $8,000 in damages to multiple vehicles at a local auto shop last weekend and later hitting the owner with a rock.

Richard Thompson Jr., 31, who lists an East Belding Street address, was taken into custody shortly after 2 p.m. and charged with a felony count of first-degree criminal mischief, punishable by up to 10 years in prison, and a misdemeanor count of third-degree battery, punishable by up to one year in jail.

Thompson was being held on bonds totaling $4,500 and was set to appear Friday in Garland County District Court.

According to the probable cause affidavit, on Feb. 8, around 10 a.m., Steve Glisson, owner of Glisson's Motorsports, 920 Hobson Ave., reported an incident in which 10 vehicles parked on a lot of his business were damaged.

On Feb. 9, at around 12:15 p.m., Glisson allegedly spotted the man from the video outside of E-Z Mart, 505 Summer St. He rolled his passenger side window down to take a photograph of the man. At that point, the man allegedly threw a large rock at Glisson while he was sitting in his truck, striking his right shoulder blade, causing bruising and swelling.

Glisson posted the man's photo on Facebook and was later advised the man was Thompson.

Detective Les Jessup compared a recent booking photo of Thompson to the man seen in the video and in the photo Glisson took at E-Z Mart and reportedly confirmed it was Thompson so a warrant was issued for his arrest.

Thompson was previously arrested Sept. 13, 2019, and charged with a felony count of first-degree criminal mischief after breaking two large windows at the Hot Springs Convention Center and cutting the center's flagpole ropes, causing over $2,000 in damages.

Thompson, who is deaf, pleaded no contest to an amended misdemeanor charge of criminal mischief in district court on Nov. 8, 2019, via a sign language interpreter and was sentenced to one year in jail, with all but 110 days suspended, and ordered to pay $6,277 in restitution. A court order barring him from contact with all the businesses was also issued.