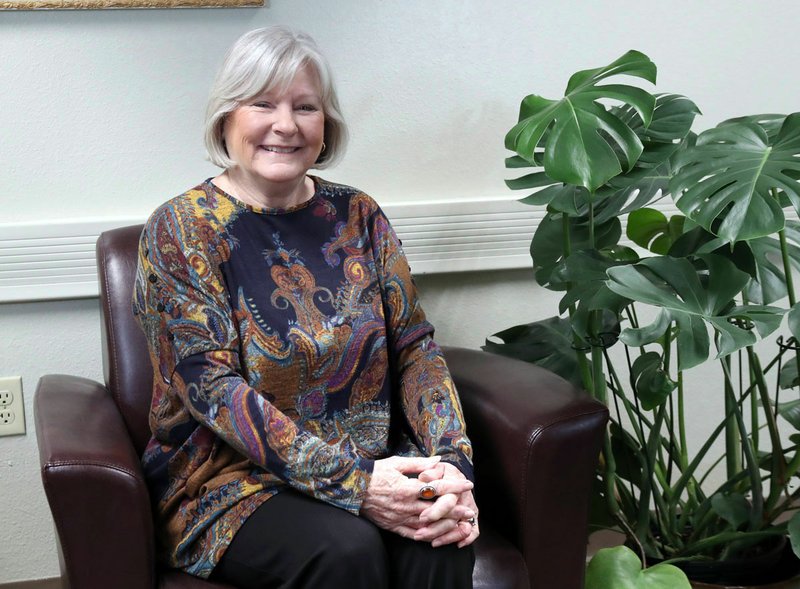 The Lawrence Respiratory Foundation increased the Professional Achievement in Respiratory Care, or PARC, Scholarship from $1,500 to $1,800. The scholarship was founded by Gretchen Lawrence. - Photo by Richard Rasmussen of The Sentinel-Record

The Lawrence Respiratory Foundation recently announced an increase to its Professional Achievement in Respiratory Care, or PARC, Scholarship from $1,500 to $1,800.

"This scholarship has a tremendous impact on our students, and we are so appreciative of the Lawrence Respiratory Foundation for their commitment to supporting our program and our students," Paul Lowe, program director of National Park College's Department of Respiratory Care, said in a news release.

Gretchen Lawrence, the founder of the PARC Scholarship, said the committee decided to increase the scholarship because they recognized that education has gotten more expensive. The goal is to make the students' academic endeavors the focus of their work and for them not to have to worry about the cost.

"It feels wonderful. We're happy to do it. We wish that we could do more, but by being judicious with the scholarship, we find that we're going to be able to make it last a very long time," she said.

Lawrence said the committee was able to increase the scholarship because of fundraising, noting she discussed it with her entire family, and they were very enthusiastic about it.

"So, they've been good supporters of the scholarship, as well as friends and actually strangers who have found us by our website," she said.

In August 2018, the scholarship was awarded to Dillon Jennings. In 2019, the committee awarded two scholarships to Amber Ashburn and Mitchell Beard. All three students were on the President's List, demonstrating their academic strengths, the release said.

Lawrence met with Lowe to talk about the amount that would be needed to cover one semester at National Park College.

"Mrs. Lawrence actually asked how much it would take to go through one semester. Pay for everything. We put some numbers together and came up with $1,800," Lowe said.

Lawrence gives Lowe a packet for each student which includes a cover letter about the scholarship, the necessary information about the student; a letter from the student telling the committee why they feel they deserve it; along with two letters of recommendation. The letters cannot come from anyone within the respiratory therapy program.

Lawrence said she decided to start the scholarship because she has a love for respiratory therapy.

"It's been a great gift to be part of this profession. My husband and I decided to retire and come to Hot Springs," she said. "We've been here a few years and became aware of the college and started to do some investigating. We met the respiratory therapy director and the rest is history. We just decided this was the time to do it and the time to help."