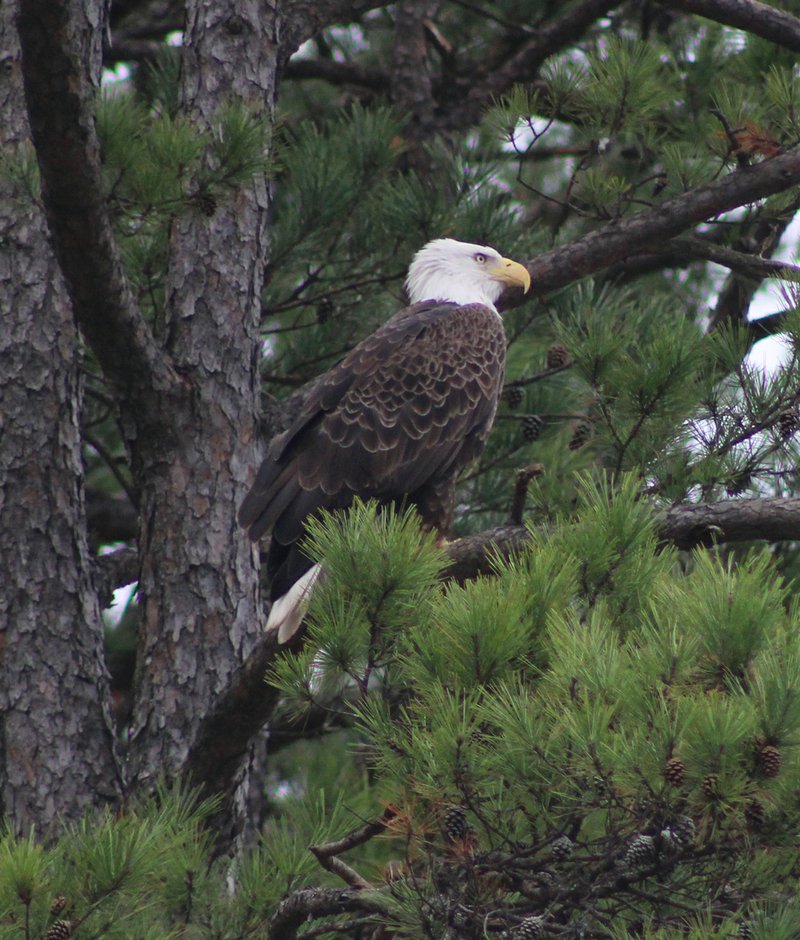 He noted they usually see between 35 and 45 eagles during the survey, but stressed the low count this year does "not necessarily" concern him. Typically, the Corps runs three boats for the survey, but this year they were forced to only use two since the third was broken down.

The number of eagles that were spotted in the areas the two boats searched were "spot on with what we've seen" in the past, Bailey said, noting the day with the most eagle sightings is the day submitted for the survey report. As 16 were spotted on day one, Bailey said that is the number that will be submitted.

"No evidence of anything out of the ordinary," he said.

Of the 16 birds, Bailey said roughly half were juveniles while in the past 75% of the eagles seen on the lake were mature and 25% were juveniles. Assisting Bailey on his boat was natural resource specialist Jon Munz, who said identifying juvenile bald eagles can be difficult, as they blend in with the trees and look very similar to vultures.

Bailey said it takes a bald eagle three years to become mature, at which point their head turns white.

Munz said when they are trying to determine if a bird is a vulture or a juvenile bald eagle, they watch the way it flies. "Eagles have a different flight, it's pretty obvious," he said.

"When an eagle's in flight, it's a beautiful sight," Munz said. "They're beautiful creatures."

Munz said they are aware of four bald eagle nests on the lake. Bailey said of the roughly 40 eagles that live on the lake, around half are "homesteaders" that stay on the lake year-round. "Twenty to 25 don't leave," he said.

While conducting the survey, Bailey said they search 48 miles of shoreline on the lake, noting the birds like to sit on dead pine trees, as this gives them better vision for their prey. "They like it up here. The lake is so clean, visibility is so good," Bailey said.

Explaining the reason they do an eagle survey, Bailey said, "We do it for accountability." He said they want to keep the lake in good shape so the birds do not want to leave. Munz said if the eagles "don't have a food source, they will migrate. They will be gone."

Bailey said he wanted to remind people it is a federal offense to collect eagle feathers or bones. "You don't need to be harassing these birds," he said.