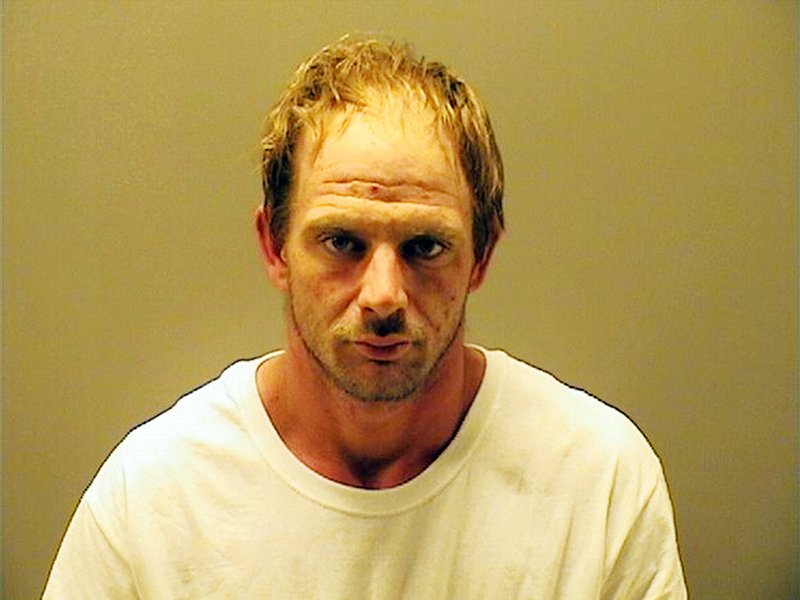 A driver stopped for failing to signal was soon facing felony charges Sunday evening after multiple guns and a large quantity of meth were allegedly found in his possession.

Mitchell, who was also cited for no liability insurance and failure to use a turn signal, was being held on zero bond and was set to appear Monday in Garland County District Court.

According to the probable cause affidavit, shortly before 5:30 p.m. Sunday, Hot Springs police Officer Jonathan Smith saw a 2003 Chevrolet Silverado truck fail to use its turn signal as it turned onto Albert Pike from South Patterson Street.

He got behind the truck and stopped it in the parking lot of EZ Mart, 505 Summer St., and made contact with the driver and sole occupant, identified as Mitchell, and reportedly noted an odor of marijuana while speaking to him. He also noted Mitchell's hands were shaking as he was trying to find his insurance paperwork.

When asked why the vehicle smelled of marijuana, Mitchell reportedly said he did not know. At that point, Smith had him exit the vehicle so he could have his K-9 partner, Bear, perform a narcotics sniff. As he got out, Mitchell left the driver's side door open and as Bear began checking the dog immediately went to the driver's side and jumped in the front seat.

Bear jumped back out and alerted on that area so a search of the vehicle was then conducted, the affidavit states.

Smith notes that he immediately noticed a .22-caliber long rifle and an AR-22 M&P rifle "within arm's reach of Mitchell," and then found a 9-mm handgun "wedged between the seats next to where Mitchell was sitting." He noted the handgun had a round in the chamber and a magazine with several more rounds.

Beneath the handgun, Smith allegedly found four individual baggies of what later tested positive for meth, a total of 42.7 grams. In the glove compartment, he also reportedly found numerous empty plastic baggies.

Mitchell, who lists no prior felony history, was taken into custody at that point and detectives were notified and assumed the investigation.