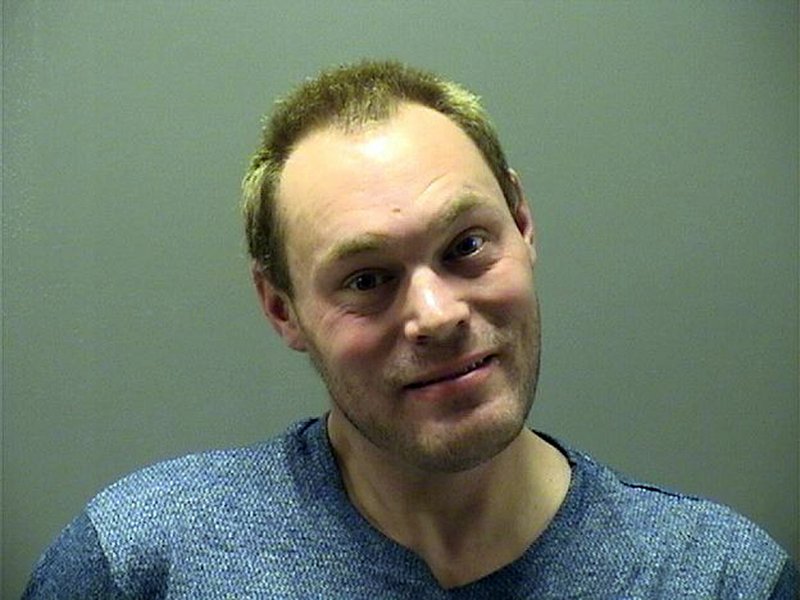 A Hot Springs man was arrested late Saturday after allegedly attacking his mother and then fighting with Garland County sheriff's deputies at his residence.

Christopher Ernest Keith Vaughn, 34, of 104 Eastwood Drive, was taken into custody shortly after 9 p.m. and charged with misdemeanor counts of third-degree domestic battery and resisting arrest, each punishable by up to one year in jail.

He was being held on zero bond and was set to appear Monday in Garland County District Court.

According to the probable cause affidavit, around 9 p.m., sheriff's deputies were dispatched to the residence regarding a disorderly person, later identified as Vaughn, who was inside the residence "screaming and cursing" at people.

Deputies spoke to Vaughn's mother who said her son began arguing with her because he thought someone was "ghosting" his phone and hacking his Wi-Fi. When she tried to calm him down, he reportedly "became violent" and hit her multiple times. Vaughn's brother reportedly witnessed the incident and told deputies Vaughn had locked himself in a shed.

After Vaughn allegedly ignored multiple commands from deputies to come out of the shed, the brother "broke the lock with a crowbar" and deputies made entry and saw Vaughn lying on a sofa inside.

The deputies ordered Vaughn to get up, but he reportedly ignored them. One deputy grabbed him by the wrist and again told him to get off the sofa because he was under arrest for battery. Vaughn tried to pull away and the deputy had to take him to the ground.

Vaughn reportedly continued to resist and struggled with deputies trying to get him handcuffed. He was finally put in restraints and taken into custody.