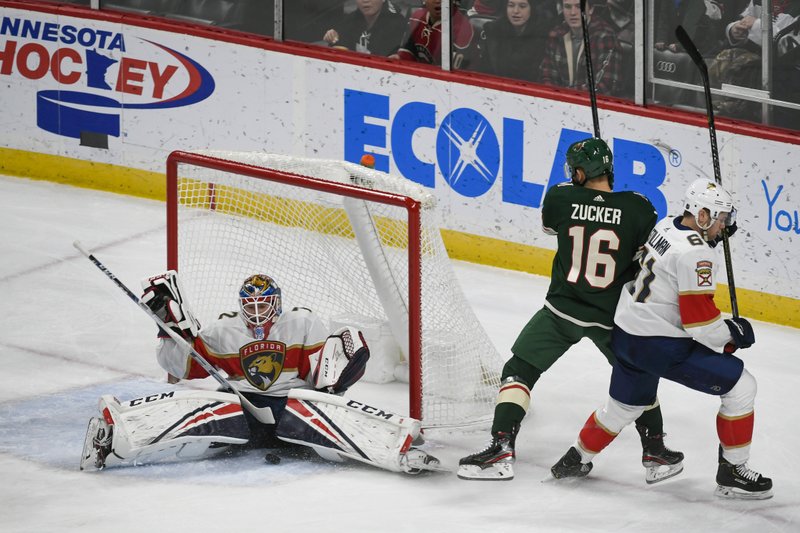 BOSTON -- The Boston Bruins had it all set up to honor backup goalie Jaroslav Halak on Tuesday night for becoming the 74th goalie in NHL history to play in 500 games.

Then something went wrong: Starter Tuukka Rask was injured, Halak became the No. 1 guy and the Bruins decided to postpone the ceremony until a night Halak would be off.

"A lot of times, they're in a zone before the game. We want them to enjoy that ceremony," coach Bruce Cassidy said. "With Tuukka's, injury we were forced to change it."

There are a lot of NHL teams making a lot of changes because of injuries to their starting goalies this season -- and not just the ceremonies to honor middling milestones. Four goalies selected for the All-Star Game are injured, with Rask joining Columbus' Joonas Korpisalo, Arizona's Darcy Kuemper and Vegas' Marc-Andre Fleury. (Rask had already begged out of the game before he was injured.)

For NHL teams, the days of riding one goalie as much as possible have long since passed. Now, general managers know they need a strong No. 2 to get the team through the back-to-backs and the injuries that can pop up at any time.

"Some of that's obviously the ability of the second goaltenders. Some teams just don't have that," Cassidy said. "We've got two guys we feel real comfortable with. It makes for a good combination. Jaro, he's handled if before. If it was Jaro hurt, Tuukka could have handled it."

Last week, the Panthers said Chris Driedger will miss several weeks with what's believed to be a groin injury. Starter Sergei Bobrovsky has already missed much of January with an unspecified injury.

Minnesota's Devan Dubnyk was out for 15 games because his wife had a serious medical situation, and the Wild went 9-3-3, with six of those wins credited to Alex Stalock, their primary backup in his third season with the team.

The Coyotes thought they had their No. 1 goalie for the future when they got Antti Raanta from the Rangers in 2017. But he played just 59 games his first two seasons in Arizona. Darcy Kuemper took over and earned a spot in last year's All-Star game, finishing fifth in the Vezina Trophy Award voting.

When Raanta returned, the Coyotes went with co-No. 1's, and hovered near the top of the Pacific Division. Then Kuemper, who was 15-7-2 and second in the league with a 1.97 goals-against average, was injured on Dec. 20 and hasn't played since.

"I remember him saying to the staff, 'A lot of teams are calling about Rants. We all looked at each other and said, 'Rants and (Kuemper) are the identity of our team. They give us a chance to win,'" Tocchet said "I mean, we try to play good defense and do a lot of other things. But they give us this identity and this confidence. Why would we want to put a crack in the armor?"

Raanta went 9-9-2 before he was injured early this month. Adin Hill, who played 17 combined NHL games the previous two seasons, has gone 2-2-1 with a 2.40 goals-against average with Kuemper and Raanta out.

Bobrovsky won two Vezina Trophies in Columbus before departing for Florida as a free agent, and Korpisalo inherited the No. 1 job. A five-game winning streak in December landed him an All-Star selection.

But Korpisalo injured his knee trying to block a shot in a shootout on Dec. 29; rookie Elvis Merzlikins, a 25-year-old Latvian who had never won an NHL game when he took over, is 8-2-0 with a .955 save percentage, 1.55 goals-against average and three shutouts in his last four games.

"There's certain teams in the league, they rely on one guy," Cassidy said. "Some of that may be that their salary cap just played out that way. They didn't have the luxury. The cap probably precludes you from going to fix an area that maybe you didn't see coming, or you did see coming but, hey, you went and spent it somewhere else.

"I just know as a coach, whoever's number is on the board to go into the nets, we feel good about our chances."

Game of the week: The All-Star Game in St. Louis on Saturday will again feature a three-game, three-on-three tournament. The captains will be Boston's David Pastrnak, Pittsburgh's Kris Letang, Colorado's Nathan MacKinnon and Edmonton's Connor McDavid.